Barrett won on all three scorecards, 118-110 and 117-111 (twice) but he was made to earn it. Woodstock was determined and pursued the back-footed Barrett through all 12 rounds.

Woodstock’s face was marking up through the first round. He was finding it difficult to contain Barrett’s speed and the Manchester man’s flashy variety was hard to predict. Yet Woodstock, now 12-2, at least had some hope. Barrett was, at times, defensively naïve, coming in with his hands down. 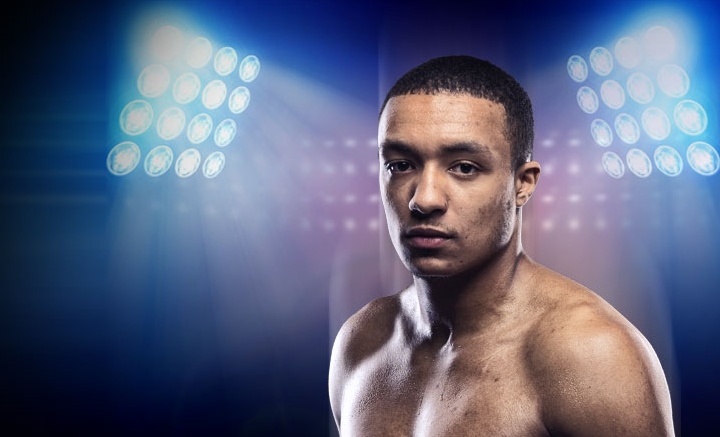 Zelfa snaked out his rapid left-hand lead through the second and his quick gloves were the difference in round three as he landed occasional right hands.

Woodstock was trying to work his way in behind the jab but Barrett, who turns 26 next month, was rarely to be found.

Zelfa switched southpaw briefly in round five and there was a feeling that if Woodstock could keep grinding away, maybe he could take the zip from Barrett’s fast footwork and rapid hands.

It wasn’t thrilling but Barrett landed some eye-catching blows in round seven and was bagging rounds.

Woodstock wanted him to stand and trade but Barrett moved and his work was of the quality over quantity variety.

Woodstock, who was getting lumps and bumps on his forehead, scored with some good shots downstairs in round nine but had his mouthpiece knocked flying by a right hand and in the 10th when Woodstock bit down and absorbed some more big shots while still trying to grind forwards.

Woodstock charged at Barrett in the 12th, forcing him to exchange, but Barrett managed to pop in a right uppercut and got on his bike as he managed to stay out of harm’s way.

“Everyone doubted me because I got beat [by Ronnie Clark] but I’m here and I’m here to stay,” said Barrett. “If I got beat now I should be packing it in. I feel like I’m ready for anything now. I’m back.”