Zelfa Barrett showed sensational power when he needed it to knock out former amateur star Eric Donovan in the eighth round of their super-featherweight ten-rounder at Eddie Hearn’s Fight Camp.

For six rounds, the 35-year-old Irishman gave Barrett all the trouble he wanted, as he outworked and outboxed the Manchester prospect. But when Barrett needed to turn it on, he delivered, knocking down Donovan three times to make what had gone before redundant.

“He’s a good boxer, he was catching me, I had to dig deep and throw and I caught him,” Barrett said. “I’m a bit annoyed, because it was my Matchroom debut, but it is what it is.” 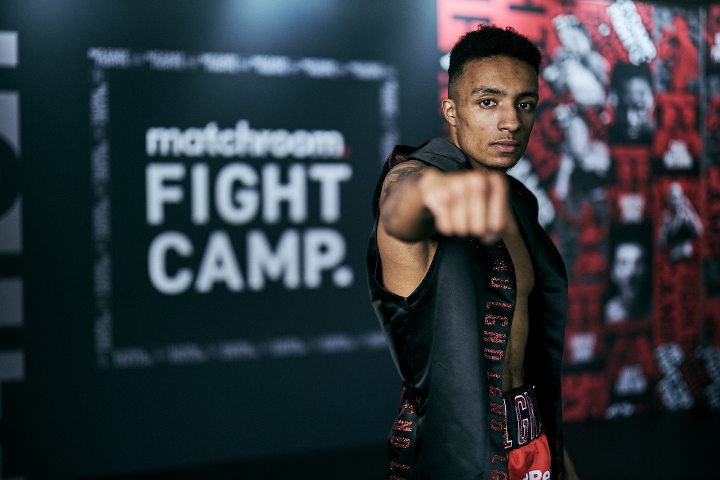 Barrett looked to take the initiative early on, but after some brief success, he found himself falling into Donovan’s traps, as the southpaw – who boxed at such a high level as an amateur for so long that he competed in a qualifier for the 2004 Olympics – drew him in and picked him off.

Things swung decisively in the seventh rounds, though, as Barrett landed a crunching left hook that sent the Irishman down to the floor. Donovan looked like he had not fully recovered as he rose and went into survival mode. Donovan seemed to be riding out the trouble before Barrett measured him with another right hand, backing it up with another left and two more punches to send him to the floor again.

The bell interrupted the count, but Barrett looked like he had his man. Donovan move and kept his defence tight, but midway though the round, Barrett found another huge left hook the dropped Donovan flat on his back. Referee Howard Foster abandoned the count at two and waved the fight off at 1:35 of the round.

“He came back from the depths, I had him 4-1 down after five,” Hearn said. “In this kind of environment. Without a crowd, sometimes you come in and are a little bit flat, and all of a sudden, your career can be completely turned on its head, we saw it with Jono Carroll this week. And that nearly happened to Zelfa Barrett tonight.

“In the end it was his power that shone through. Unbelievable finish, one of the knockouts of the year. This guy has such a big future.

“Eric Donovan is devasted. He gave everything and he’ll be back as well.”

Very entertaining fight. Going it, I hadn't seen either fight before. I thought Barrett was the favorite coming in but Donovan's skills were undeniable. His hand speed and punch selection was really causing problems for Barrett. Not sure if it…