Yunieski Gonzalez On The Comeback, Back in Training

Light heavyweight contender Yunieski González has been out of the ring since April 2017, when he was stopped by Oleksandr Gvozdyk.

The Cuban boxer then fell into a deep hole of inactivity where contractual and personal problems hit him. Without boxing as a refuge, he lived and did everything, good and bad.

"After two and a half years of inactivity I was incorporated into the gym thanks to my coach Franco and promoter Henry Rivalta who have helped me get out of a bad time that was about to consume me. Now it's up to me to show that I can still be and stay at an elite level,'' Gonzalez told George Ebro. 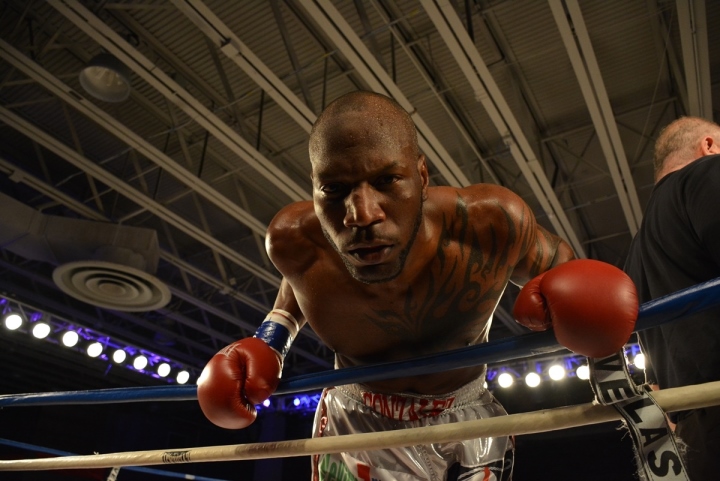 Gonzalez is looking to get himself ready for a potential comeback fight in November or December.

"The first thing is to take advantage of these early days in the gym, shake off any rust and make the body ready for the fight, to withstand the rigors of a camp. We are talking about late November or maybe December, but I trust my team and the fights are going to come,'' Gonzalez said.

"Mentally, I'm much better. Now I see everything in a different way, I felt more mature, focused. I was on the street, out of work. I worked in a carpentry and that's where they threw me out. I ' ve been doing bad things, making it up to survive and give my daughter a plate of food.

"If God and life give me a chance and I have some money - I'm going to think about it three times before I take it out of my wallet. During the time outside I knew who my friends were and who were by my side for convenience and only because I was someone. I've learned to see everything in a different way, to value people on another level.

"I'm going to stay at light heavyweight. I want to start there and then go on to cruiserweight, but my interest is to fight the three I lost to. I want a rematch with Jean Pascal, with Shabranskyy and Oleksandr Gvozdyk. That's one of the desires that moves me, and then we'll see.''

I'll always root for him after that robbery against Pascal I think that fight broke him. I've never seen a fighter look more disheartened after a loss

[QUOTE=PBR Streetgang;20137556]He looked like a monster for the first half of the fight with Pascal. I thought he would be a tough fight for any LHW. Then the loss to Shabransky and Gvozdyk's demolition of him made me realize the…

[QUOTE=richardt;20137454]He and Cletus Seldin have something big in common. Both fight like apes with gloves.[/QUOTE] Still not a fan of your metaphor, but both guys certainly lack finesse in their craft.

He looked like a monster for the first half of the fight with Pascal. I thought he would be a tough fight for any LHW. Then the loss to Shabransky and Gvozdyk's demolition of him made me realize the error…

He and Cletus Seldin have something big in common. Both fight like apes with gloves.