Dorticos will now have to face Andrew Tabiti in the semi-finals. Tabiti defeates Ruslan Fayfer last week in Russia to advance.

Coming in, Masternak had won five fights in a row since losing a decision to Tony Bellew in December 2015.

Dorticos made it to the semi-finals of the first season of the WBSS tournament, but he was knocked out by another heavy-handed fighter, Murat Gassiev, back in March. 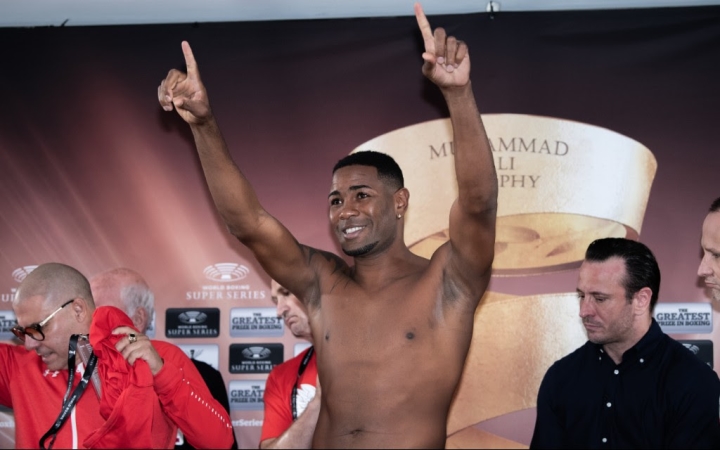 Dorticos was clearly the harder puncher in the early going. Masternak was giving a very good account of himself, with his technical boxing abilities.

At the end of the second, Dorticos wobbled Masternak with a series of punches to the head and body, and had him on the run. Masternak was being battered in the third round and suffered a cut under his right eye and above his left eye.

Masternak was able to weather the storm and made the fight close as they fought into the second half of the contest. Dorticos was slowing down as they entered the eight round and his punches did not appear to have as much steam, as Masternak was landing more often.

Dorticos began to let his hands go again in the tenth, as the action was heating up. Masternak was able to get back in the hunt with solid punches in the eleventh. Both fighters went for the win in the twelfth round, with both of them landing solid punches. Masternak appeared to do the better work, and Dorticos connected with the hard shots the fight closed out.

[QUOTE=BendOver;19217835]I was impressed by his conditioning. I have never see him go 12 and not gassed out. that was gassiev plan, let him empty his arsenal, go after him at the first sign of tiredness.[/QUOTE] Nice. Always impresses me when…

[QUOTE=CubanGuyNYC;19216006]Yeah, that’s what I’m getting at. We all know one fight can change a career, but there’s no telling where a fighter is headed down the road.[/QUOTE]I was impressed by his conditioning. I have never see him go 12 and…

[QUOTE=BendOver;19215138]He still young and hit gassiev with a lot of shots. Duran got ktfo by hearns and still came back and won a couple of belts against great opposition. In a tough fight, both boxer leave part of them behind.…

[QUOTE=CubanGuyNYC;19213858]I did not. Thank you for posting the vid. I based my comments on what I read, and the fact that you simply can’t know how one bout will affect a fighter long term. He might not look good in…