Young Boxer Shot and Killed, Allegedly By a 12-Year-Old

According to several reports, Uvalde Police in Texas have charged a 12-year-old elementary school student with capital murder in connection with the shooting death of 24-year-old pro boxer John VanMeter.

The incident occurred Wednesday, at the home of VanMeter and his girlfriend. There were two children in the home the time of the incident.

Vanmeter (2-4, 1 KO) had been boxing since 10-years-old and turned pro in 2016. He recently made some changes to further his boxing career and won his last two fights, including a decision win in November. Vanmeter was planning to again on a date in February. 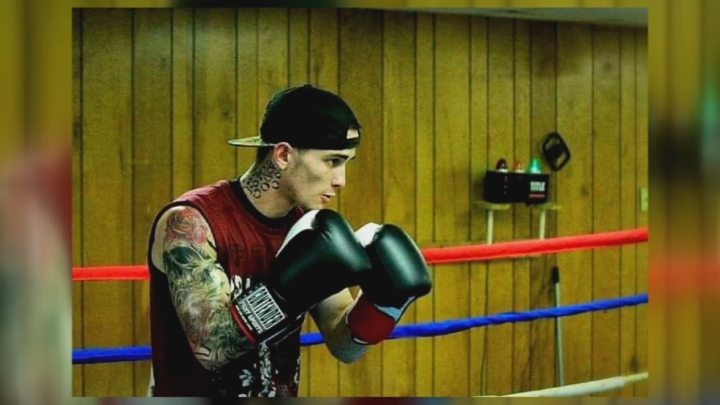 Police reports state that VanMeter and his girlfriend heard a loud noise, as if someone was attempting to break their door in.

“She stayed in the back bedroom and he went to check it out,” said UPD chief Daniel Rodriguez to the Uvalde Leader News.

Police arrived and found VanMeter laying near the front door, with a single gunshot wound to the head.

He was taken to Uvalde Memorial Hospital, where he was pronounced dead a short while later. He is survived by two children.

Witnesses told police that a male had fled the area at the time of the incident, dressed in all black clothing and wearing a black bandana across the lower part of his face.

The subject was eventually caught, and identified by witnesses, and he turned out to be only 12-years-old. He was taken to a juvenile detention center.

Because of his age (under 14), and Texas law, the juvenile suspect faces a maximum sentence of 40-years.

R.I.P. Im shocked how peopel are wshocked that 12 years pull triggers lmfao, used to be only young ass kids doing the hits cause they used to check out at 18 or 21.

[QUOTE=alexjust;19461739]No child should be getting an adult sentence. He should be tried, but not as an adult. US is the only country in the world that did not ratify to UN Convention on the Rights of the Child. This is…

Just proves some people should never be allowed to have a child.

It was probably a hit job ordered by the big homies.