Yordenis Ugas Wants To Face The Spence-Porter Winner Next

He bounced back from that loss last earlier this month with a dominant unanimous decision victory over the previously unbeaten Omar Figueroa.  The fight was part of the pay-per-view undercard supporting the Manny Pacquiao-Keith Thurman main event that took place at the MGM Grand Garden Arena.

The 33-year-old Cuban contender appeared to be a step ahead of Figueroa, who trained himself, for most of the fight. He said that sometimes looks can be deceiving but he did exactly what he trained for.

"It was a tough fight but I trained hard so I wasn't surprised that I dominated.  It wasn't as easy as it looked but I was ready for it," Ugas told BoxingScene.com after the fight. 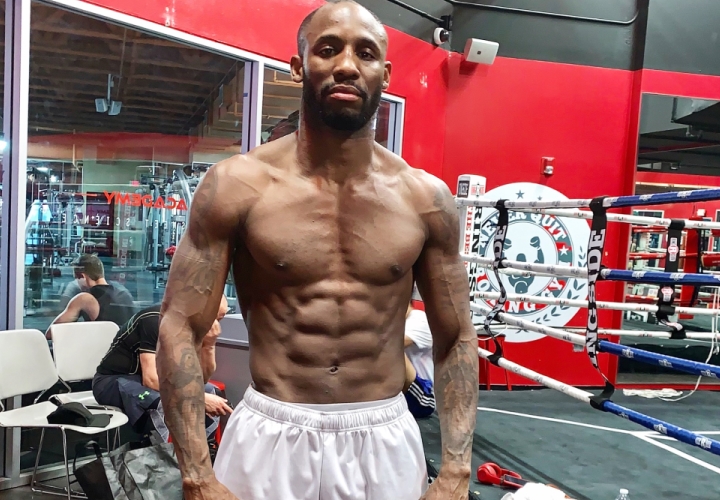 Ugas will be a very interested observer of the September 28th showdown pitting Porter against IBF welterweight champion Errol Spence.  The pay-per-view unification will take place at the Staples Center in Downtown Los Angeles.

Not only does he want revenge against Porter but he is also open to facing Spence who has been avoided by some of the big names in the division over the past few years.

"I want a big fight. Let's see what happens. I would love to face the winner of Spence versus Porter but let's see if we can get that fight. That is going to be a great fight for sure," Ugas stated.

After fighting 3 times last year and twice already this year, Ugas also said that whether he gets a big fight or not that he will return to the ring before the end of the year.

Ugas lost to Porter who befuddled him with movement and had him eat the jab all night. At times he begged Porter to stand still and trade out of frustration with his movement...lol

get him in with Garcia

[QUOTE=Ca$ual Fan;19949480]All 3 names I mentioned are high risk - low reward fighters, that includes Rigo. Why do you think LSC and Frampton avoided him like a plague inspite of being a top 5 pound for pound during his time?…

[QUOTE=Cracaphat;19949442]Rigo was a 2 time Olympic gold medalist,so had something to offer.Ugas is a [B]high risk,low reward [/B]fight and he's not a KO puncher. No champ is going to rush to fight him barring a mandatory.[/QUOTE] All 3 names I…