Yordenis Ugas: I Believe That I Can Beat Danny Garcia or Porter

After suffering a defeat at the hands of Amir Imam in May of 2014, Yordenis Ugas' career looked to be over.

Ugas also had two split-decision losses earlier in his career, but the loss to Imam also kept him out of boxing for over two years.

Just when it looked like Ugas would become an afterthought and an underachiever after a brilliant amateur career, Ugas came back to boxing with a purpose. He also strung together a series of victories to put himself in the welterweight picture. 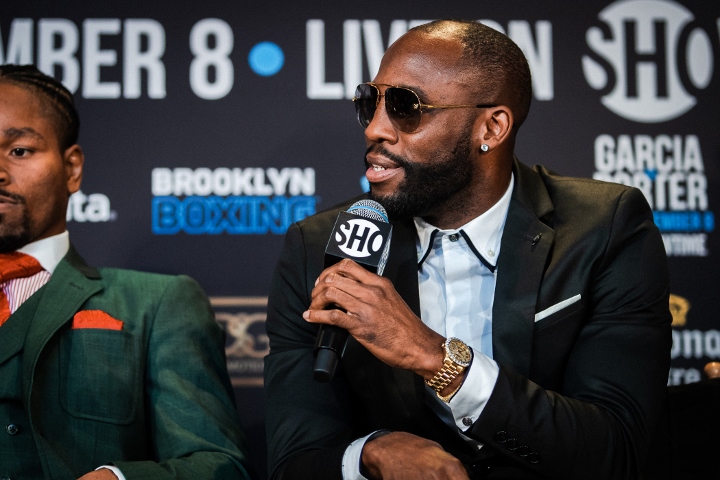 Ugas has the opportunity to make a statement to the other world titleholders at 147 pounds tonight when he faces Cesar Barrionuevo at the Barclays Center in Brooklyn, New York.

The 12 round elimination bout will precede the anticipated welterweight showdown between Danny Garcia and Shawn Porter. Both fights, along with the heavyweight clash between Charles Martin and Adam Kownacki, will air live on Showtime (9 p.m. ET/ 6 p.m. PT).

Ugas (22-3, 11 knockouts) is coming off a stay-busy fight on June 16, stopping veteran Jonathan Batista in the second round.

Since the loss to Imam, Ugas has won his last seven fights. The former Cuban amateur standout, who now resides in Miami, Florida, has won his last seven bouts in a row, but it was victories over contenders Jamal James and prospects Bryant Perrella and Levan Ghvamichava that elevated his status early last year.

Recent victories over Thomas Dulorme and Ray Robinson further pushed Ugas into contender status. Now he will face Barrionuevo, who has won his last 10 fights.

Ugas understands what he is getting in Barrionuevo.

"I know he is a good fighter," Ugas told Boxingscene.com over the phone earlier this week. "I looked at videos of him and I see a fighter who can box and brawl. He is strong as well."

Ugas, who is ranked number two by the IBF and number nine by the WBC, acknowledged the over two years he was outside the ring and changes he made were key to his turnaround.

"I was killing myself to make weight at 140 pounds, so I went up to compete in the welterweight division," said Ugas, who is 32 years of age. "I added new members to my team, like a strength and conditioning coach. It has made a difference over the last several fights."

Ugas was discussed as an opponent for IBF titleholder Errol Spence when the unbeaten welterweight was looking for an opponent in his June 16 homecoming in suburban Dallas.

He is also keeping tabs on tonight's fight between Garcia and Porter, with the WBC title belt on the line.

Ugas wants an impressive victory over Barrionuevo tonight to translate into a world title shot against any of the world titleholders, including WBO titleholder Terence Crawford.

"I want to fight the best out there. I have stated in the past that I would have no problem fighting Spence. I believe I can beat Garcia or Porter. Fighting an opponent like Crawford will pose a challenge, but I want that opportunity to face him."

"All of the world champions at 147 pounds (including WBA titleholder Manny Pacquiao) are solid. I just want my opportunity. I believe I can defeat them."

Sorry ugas but no u can't beat Danny or porter.