The 2016 Olympic Gold medalist returned to the ring for the first time following the birth of her second child, outpointing Aurelie Froment. Scores were 80-72 across the board in favor of Yoka-Mossely in their eight-round battle of unbeaten French lightweights Friday evening in front of a socially distanced crowd at La Defense Arena in Nanterre, France.

Yoka-Mossely was in control throughout the contest, using her superior boxing skills to outclass the visibly bigger Froment (3-1-1, 1KO). The unbeaten lightweight prospect used her jab as a range finder to connect with left hooks as well as straight right hands to the body, while utilizing lateral movement to avoid counter opportunities by her opponent. 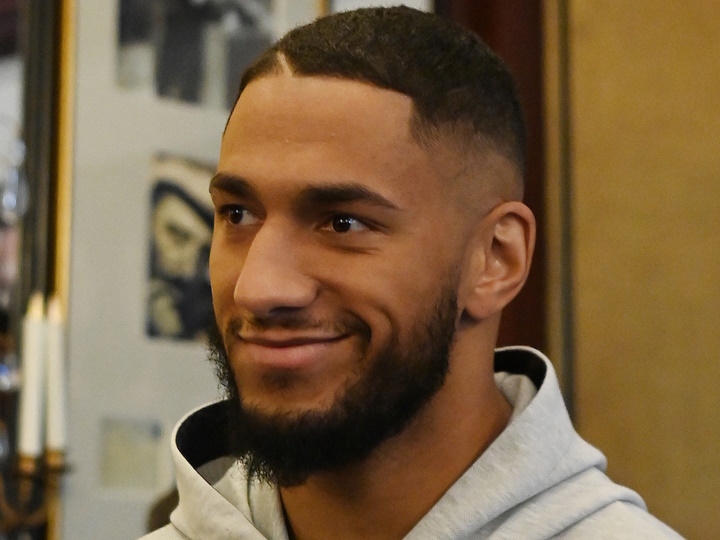 Froment looked to apply more pressure in the second half, only to leave herself open for a two-fisted attack. Yoka-Mossely rocked her countrywoman with an overhand right midway through round six, continuing to pour on the offense though while not unnecessarily expending any energy.

Yoka-Mossely and her husband Tony Yoka became France’s ultimate power couple in capturing Gold medals in the 2016 Rio Olympics, when both were still engaged. Yoka-Mossely delayed her pro debut, giving birth to their first child Ali in August 2017 and marrying Yoka—who turned pro in June 2017—in January 2018 before punching for pay later that July.

Yoka-Mossely gave birth to their second child, Magomed this past May.

The bout came in supporting capacity to Yoka’s first fight in one year—almost to the day—as he faces former title challenger Johann Duhaupas in a scheduled 12-round heavyweight contest, headlining live on Canal+ in France.

Scores were 78-74, 77-75 and 77-75 in favor of Saad, an unbeaten middleweight prospect who—despite having yet registered his first career knockout—showed plenty of pop in his punches over the course of the contest. Natchoo (21-2-4, KOs) never stopped coming forward and enjoyed a late surge but was unable to dent the 28-year old prospect as his 12-fight unbeaten streak comes to a close.