Yildirim: We Are Getting Our Title Shot, Hoping It Would Be Against Benavidez

Less than 24 hours after his team worked feverishly to provide a clearer future path, David Benavidez managed to let it all go to waste.

The unbeaten 23-year old managed to lose his World Boxing Council (WBC) super middleweight title for a second time without having done so in the ring. The latest came in his miserably failed attempt to make weight for his upcoming bout with Miami’s Alexis Angulo, which will proceed as planned for this weekend atop a Showtime tripleheader from Mohegan Sun Casino in Uncasville, Connecticut.

Benavidez checked in at a whopping 170.8 pounds, thus ending his second title reign without having made a single defense. Angulo (26-1, 22KOs)—who weighed 167.6 pounds—will be eligible to claim the title with a win on Saturday. 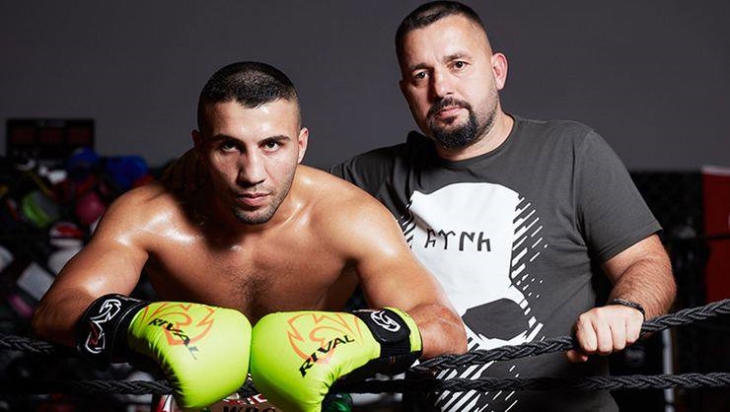 It was confirmed at the 58th annual WBC convention on Thursday that the winner of Saturday’s bout would have been mandated to next face number-one contender Avni Yildirim (21-2, 12KOs), without exception.

“We are getting our title shot, that was never a concern,” Yildirim (21-2, 12KOs) told BoxingScene.com on Friday. “We were hoping it would be against David Benavidez as the champion… unfortunately that no longer seems to be the case.

Sampson Lewkowicz, Benavidez’s promoter asked a hypothetical question of a contingency plan should Turkey’s Yildirim not be able to come to the United States due to travel restrictions stemming from the ongoing coronavirus pandemic. Clearly, the intention was to leave open the door for Benavidez—had he defended his title on Saturday—to enter another fight later this year.

As Benavidez fights under the Premier Boxing Champions (PBC) banner, there exists a long-standing rivalry with unbeaten International Boxing Federation (IBF) Caleb Plant (20-0, 12KOs). A potential unification bout has been discussed but with the commitment to a mandatory defense serving as a significant roadblock.

Mauricio Sulaiman, longtime and recently re-elected president of the WBC rejected Lewkowicz’s question, preferring to instead let things naturally play out before offering alternate solutions. Benavidez’s lack of planning (and perhaps lack of preparation) made it all a moot point.

“I thought a fatboy who keeps [losing] his belt but can’t get that bitch back SAID SUM,” noted Plant, who remains without a fight date but is likely due to return to the ring this fall on a Fox Sports platform.

Regardless of how things play out, the next WBC super middleweight title fight will involve Yildirim.

“I want to wish them both luck on Saturday," noted the 29-year old contender, who hasn't since a controversial loss to Anthony Dirrell in their vacant WBC title fight last February. "If Alexis Angulo wins, we look forward to fighting him next. If not, I trust my team to take care of everything as they have always done in my career.”

Those steps have already been taken.

“We’ve had good communication with PBC and I trust they will make the right decision for us,” Ahmet Öner, Yildirim’s promoter told BoxingScene.com. “There are different options which we cannot discuss because nothing is for certain—they still have to fight on Saturday and of course we still have the pandemic situation.

“Everything is cool on our end. We trust whatever is decided as long as Avni receives his title shot next which was always going to happen. I participated in the WBC convention to make sure of this, and everyone is doing the right thing.”

Benavidez (22-0, 19KOs) first won the belt in September 2017, barely edging out Ronald Gavril in a split decision victory. Their rematch five months later was far more lopsided, though it also now represents the only successful defense over two title reigns. Benavidez was stripped of the title in September 2018 after testing positive for cocaine during random drug testing as conducted through the WBC’s Clean Boxing Program.

A one-year suspension followed, with Benavidez having since won two straight. A 2nd round knockout of J’Leon Love last March paved the way to regain his title, doing so in a 9th round stoppage of Anthony Dirrell last September.

The bout came on the condition that the winner would next face Yildirm. Benavidez was granted a voluntary title defense, however, after Yildirim suffered an injury which would not allow him to return in time for an intended springtime title fight.

Benavidez was due to face Angulo on April 18 in his hometown of Phoenix, Arizona, only for the event to get shut down due to the ongoing pandemic. The four-month delay instead once again removes him from the mix, at least through Saturday night.

Should Benavidez win, the WBC will then have to order a vacant title fight between Yildirim and the next highest-rated available contender. Also in the works is confirmation on the status of WBC “Diamond” titlist Callum Smith, who also holds the WBA “Super” 168-pound title and has yet to make clear his intentions to commit to WBC-sanctioned fights in the near future.

Smith’s status will determine how far the WBC will be required to reach not only to fill the vacancy but also establish a new mandatory challenger.

Yildrim is trash, sorry. He doesn't deserve the big fights because he will get badly beaten and exposed. Not worth watching...

If you vacate your belt because you can't make weight, you should fall way below on the rankings from 1 down to 10. It should be very hard to move back up into position to fight. Otherwise this burrito eating…

I see a WBC belt that a certain Mexican fighter with a very high reputation can get his hands on right now.