Ahmet Oner, promoter for Avni Yildirim, is hoping a deal is reached for a world title showdown with Mexican superstar Saul 'Canelo' Alvarez.

The WBC ordered both boxer to fight for the vacant super middleweight world title.

The belt became vacant when David Benavidez failed to make weight for his last defense against Roamer Angulo. Because Benavidez stopped Angulo in the fight, the title remained vacant. 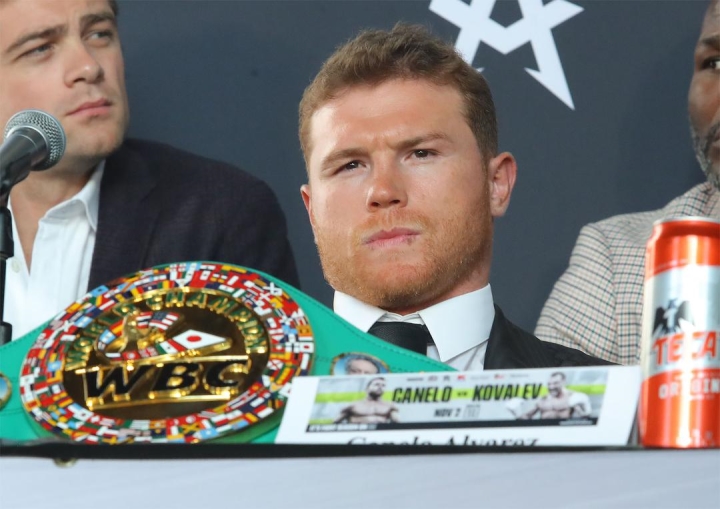 As BoxingScene.com previously reported, a planned purse bid for Canelo vs. Yildirim has been postponed to October 6.

Oner believes there is real interest by Canelo to do the fight, because his team requested the postponement of the purse bid.

"Yes [I believe there is interest], because of the postponement. Why should anybody ask for a postponement, if there would be no interest, in my opinion. October 6th we will know definitely more and for my side, I hope it comes through," Oner told Sky Sports.

Premier Boxing Champions is planning to bid on Yildirim's behalf - against Canelo or whoever turns up in the other corner.

At the moment Canelo is involved in a legal battle with his own promoter, Golden Boy Promotions.

"We are happy with our position that we are the mandatory challenger, and if it's Canelo, it's great," said Oner.

"If it's a different opponent, then we will see. We'll go from there, but right now, I don't know who is fighting us for the vacant title. Canelo is a big chance for us, so I let things go smooth. Let him resolve his issues, if it's possible.

"We'll be happy if it's Canelo, and if it's then decided that Canelo will not fight, then I speak to my partners PBC. We have a contract with them and we have an agreement, so we'll speak to PBC and the [WBC] president Mauricio Sulaiman. I am still hopeful for Canelo."

[QUOTE=Al Broker;20773578]Lol. GGG fans searching for closure[/QUOTE] Closure?? Jacobs, Derevenchenko, Canelo x 2 Lemiuex were all fought by Golovkin at 160 and these were the top guys he had to face. Who else was there?? Canelo - Both Charlo's at…

[QUOTE=Elastic Recoilz] At least Golovlkin has fought every elite contender at 160 he was meant to fight - same can't be said for Canelo at 154, 160 or 175![/QUOTE] Lol. GGG fans searching for closure

Idiot ting... Bet Canelo is also wishing the deal gets done, another low risk bum for a vacant title which allows him to avoid the real killers from multiple weight classes he should be fighting to proove his p4p credentials.…

[QUOTE=The Dominator;20772723]Lol this is an embarrassing mismatch. Turkish people cannot fight. They are useless at boxing. Canelo could knock this bum out in 1 round if he wants to. He made Eubank Jr look like prime GGG. There hasn't even…

[QUOTE=Al Broker;20773020]What’s up, Mary! Still crying to mods?[/QUOTE] mods? What are you babbling about? Another Coke fueled rant I'm sure