The Worst Job in Boxing

It’s the most thankless job in the hardest game. If you do it well, you do so in relative obscurity. Sure, the insiders know who you are and rely on your expertise while the diehard fans may speak your name in reverent tones, but there are no front page stories on your exploits, no high-profile speaking engagements to pad your wallet.

If you don’t do it well, then your name gets a little more ink and the slip you get at the end of the night might be the color pink. And that’s the worst part because in a sport with so many different variables, what causes your boss to lose his mind may not have anything to do with your performance. So, in essence, every time you do your job, you’re hoping that other people do theirs.

Welcome to the world of the matchmaker.

Putting together boxing matches seems like the easiest thing in the world, at least to everyone who doesn’t do it for a living. Get Fighter A to take on Fighter B, done. Everyone’s an expert until forced to do it for real. That’s when things get interesting, and it’s why there’s a select few who not only do it well, but have done it for decades.

It’s why so many were hit right in the gut by the passing of Don Chargin last week at the age of 90. Nicknamed “War a Week” for his ability to put on crowd-pleasing bouts on a consistent basis as the matchmaker for Los Angeles’ Olympic Auditorium from 1964 to 1984, Chargin’s eye – not just for talent but for the right matchups – was legendary. Yet even more notable was his integrity in a business with little of it, and the generosity he had with his time for anyone who wanted to talk boxing.

Then again, for such a high-pressure gig with seemingly low rewards, pretty much every notable matchmaker has an open door policy when it comes to breaking down the finer points of their job. If you think you know boxing, a chat with a longtime matchmaker will clear your head of that notion. And once clear, it opens the door for you to learn the game from the inside out.

That’s why every chat with Chargin was a master class, why every two-hour phone call with the late Johnny Bos was a fascinating trip down the boxing rabbit hole, and why the opportunity to talk to a Bruce Trampler or Carl Moretti is always a chance to leave knowing more about the sweet science than you did when you began. 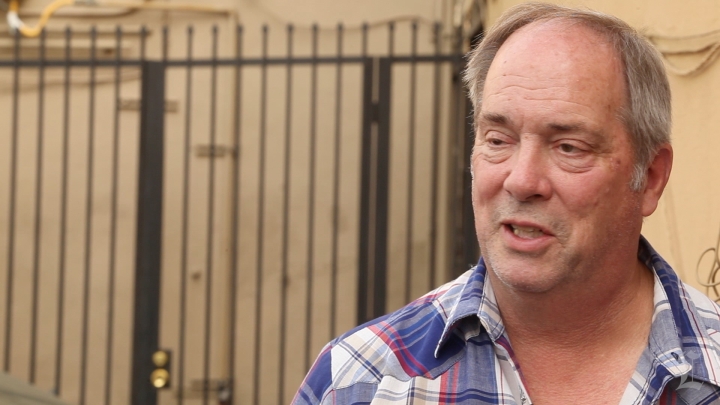 So that’s the benefit for us. But what’s the payoff for the matchmaker? There could be many. Job security is always nice, for one, and the good ones will always find work because there are so few good ones. Then there’s the joy of navigating tricky waters and moving a fighter from prospect to contender to champion. That’s harder than it looks, and for every can’t miss who makes it, there’s always the can’t miss who does miss. And there’s no bigger story than the hot prospect who crashes and burns spectacularly.

Tom Brown, the president of TGB Promotions and the longtime matchmaker for America Presents and Goossen Tutor Promotions, has seen the good, bad and the ugly of the matchmaking game, and the fact that he’s still around and at the top of the game shows that it’s been more good than bad and ugly. That doesn’t mean he hasn’t gotten a few memorable scares, like the night in 2005 when U.S. Olympic gold medalist Andre Ward got rocked by Kenny Kost in his second pro fight.

“The kid (Kost) buckled his knees against the ropes,” Brown told me in 2016. “And I saw my brother-in-law (Dan Goossen) look at me. That would be such a major embarrassment for me too if I got the guy beat. I’m the one who ultimately talked him into taking this 8-0 kid.”

Ward recovered, won the fight and went on to a career that should land him in Canastota, and that’s the ultimate goal for a matchmaker, but it’s a tricky process. When do you make that step-up fight, when do you work in a tricky southpaw or a rugged veteran, and when do you put your fighter in with the kind of opponent that put his lights out with one shot?

Of course, Top Rank’s Trampler is widely considered to be the master of moving a fighter, and he’s got the names De La Hoya, Mayweather, Cotto, Pacquiao, Crawford and Lomachenko on his resume to prove it. That’s a diverse group, and proof that there is no one formula to be successful, but Brown does admit that he tried to use Trampler’s work with De La Hoya when bringing up another Olympic gold medalist in David Reid.

“With Reid, I used to tell Dan all the time, ‘I’m gonna follow that blueprint that Trampler put out there for De La Hoya,’” he said. “I was around working with Bruce in those days. And with Reid, I had it in mind to have him prepared and ready by his 12th fight to fight for the world title. But I think his opponent in his 12th fight (Laurent Boudouani) was a lot tougher than what Oscar had (Jimmi Bredahl). I was comparing everything.”

And off the top of his head, Brown then revealed the records of Reid and De La Hoya’s opponents at that time.

Reid would win the title in that 12th fight, and while that is early for most, a recurring injury to his eyelid forced an accelerated path to the title. These days, fighters like Lomachenko and Oleksandr Usyk are winning titles earlier, forcing matchmakers to adjust to different times. It’s a development Moretti already saw coming when we chatted about this topic in 2005, but while adjusting, he also stuck to his guns when it came to a certain key point.

“I think everything is the result of the environment that promoters, managers, and fighters are placed in today,” said Moretti, known for his work with Main Events and DiBella Entertainment before landing with Top Rank. “It’s always extremely difficult out there, it’s getting harder and harder, and it’s not as easy to develop someone as it used to be.  But at the end of the day, if someone’s willing to be patient - and that’s a key word now – then there’s no question that you can have success or at least sustain it when you get to that point.  I always tell these kids, ‘Our goal isn’t to fight for the world championship, but it’s to win the world championship.’ Because really, the only way of making money is defending the title.”

So there’s that – build a fighter, get him to a title and then win it. Simple enough. But wait, you also have to make sure that these fights are compelling for the folks paying to watch it. Yeah, a couple “squash” matches look good on highlight reels and build hype, but too many of those and the prospect isn’t ready when a real opponent shows up. And then there’s the stylistic matchup to look at, too.

At least there’s the internet, a far cry from the days when word of mouth and VHS tapes were the only way to scout prospective opponents. But technology can only go so far. This is a business of human beings, and the underdog can bite back hard on the right night. On those nights, there’s no place for the matchmaker to hide.

“We get ourselves in embarrassing situations more than the writers do,” longtime matchmaker Mike Marchionte told me in 2005.  “I’ve been in situations where you get stripped naked all in one night.  You’re supposed to be the promoter’s first line of defense.  He comes to you not only for advice, but to get the right advice.”

But all those negatives don’t deter these matchmakers. Big win or big loss, they still show up the next day, hitting the phones and their email accounts to make the next round of fights. And sometimes, it all clicks, and as Trampler told me in 2013, there’s no feeling like it.

“It’s a wonderful feeling because we’re all fans,” he said. “When it’s not our show, I’m still watching somebody else’s fights, and it’s never gotten old. So when it’s a fight that your own company has collaborated on and put together, as far as boxing goes, that’s the ultimate. I’ve never been associated with a baseball team where your team goes to the World Series or a football team where you go to the Super Bowl, so when you see the fights that we’ve been able to do in boxing, sometimes you really feel like it’s the best thing out there as far as sports.”

Wouldn’t it be great if somehow boxing were controlled by a central governing body and everything geared towards the best fighting the best, like in baseball of NBA or NFL etc. if that were the case would there even be…

One of the most insightful, revealing and interesting boxing articles I've read in some time. Gave me a window into the world of matchmaking and how difficult it is due to the nature of the sport. I think it also…

[QUOTE]This is a business of human beings, and the underdog can bite back hard on the right night. On those nights, there’s no place for the matchmaker to hide. “We get ourselves in embarrassing situations more than the writers do,”…