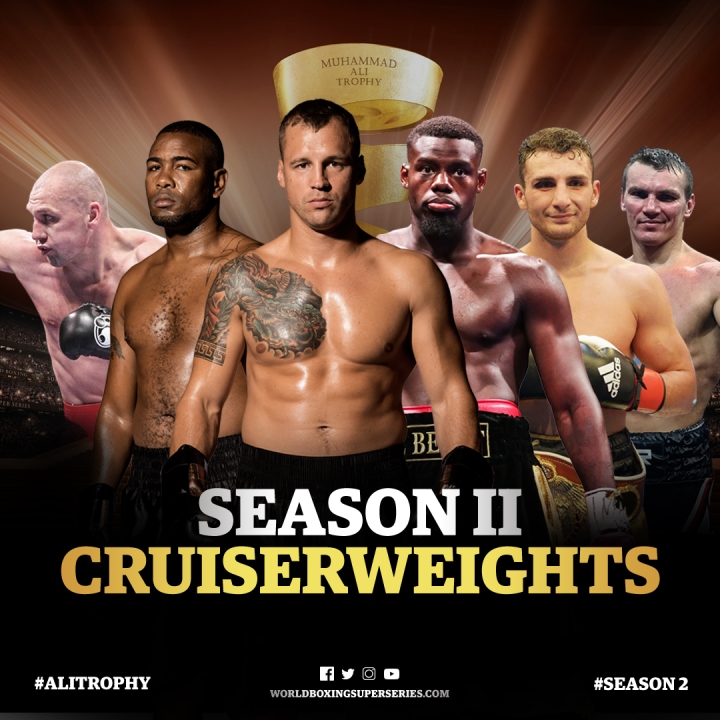 None of the dates and sites for those four fights were revealed Wednesday. The tournament will begin sometime in October and the championship match will take place at some point next summer.

Briedis and Dorticos, who both reached the semifinals of the WBSS’ first cruiserweight tournament, are the only cruiserweights who’ve returned for the second tournament. It doesn’t include a cruiserweight champion, either, because Oleksandr Usyk walked away with four cruiserweight titles after winning the final last month.

Without Usyk and Gassiev, this cruiserweight field isn’t quite as strong as the first group that participated in the WBSS. Promoter Kalle Sauerland is still excited about featuring cruiserweights in the WBSS’ second season.

“We have an amazing lineup, with eight worthy challengers that rival last season’s sensational quality,” Sauerland said. “Cruiserweight is one of the most exciting divisions. Just look at last season’s unbelievable matchups. So we are looking forward to a new season.”

we're going to witness the potential of Andrew tabiti but I tab breidis to win the tournament and establish himself as the no 2,worthy of a rematch with the kingpin usyk!

Meh, they should've done another weight class. Try 140 or 154 or something

Pretty good. I think Vlasov is a dark horse here. He's put together a nice streak at CW.