COMOSA is delighted to meet the huge interest in the World Boxing Super Series from U.S. boxing fans. Millions will now be able to enjoy the action of world-class boxing and the quest for the Muhammad Ali Trophy, The Greatest Prize in Boxing. 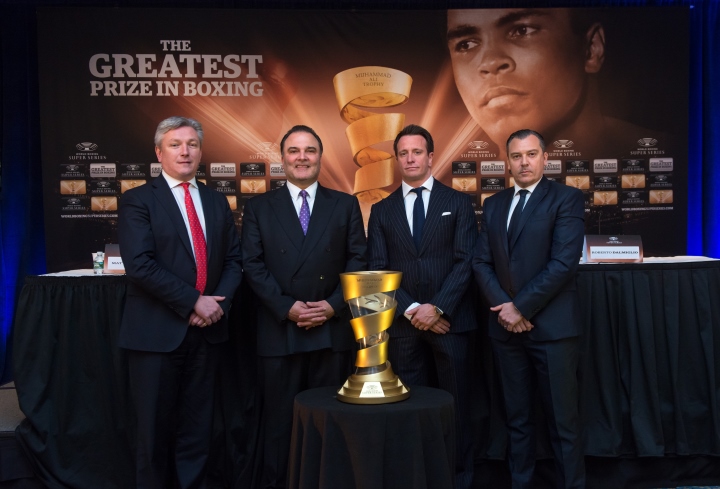 The three-year deal will include shoulder programming such as features on fighters and select match-ups that will be available on-demand on DAZN.

DAZN will announce its official launch date and pricing this summer.

James Rushton, DAZN CEO: “As a platform built for the fans, DAZN has been mining boxing chats and forums to see how we can bring immediate value to the community.  It became obvious that Americans felt left out of the terrific action and thrilling competition on display in the World Boxing Super Series. To that end, we’re happy to announce that we’ll stream every fight of all three tournaments. Keep an eye out for more announcements soon. This is just the beginning.”

Launched in 2017, the World Boxing Super Series (WBSS) is a first-of-its-kind annual boxing tournament that brings together the ‘best of the best’ fighters to compete at venues around the world for the Muhammad Ali trophy.

A total of 16 elite boxers from two weight classes (Cruiserweight and Super Middleweight) battle it out on fourteen separate fight nights in a bracket-style elimination tournament – with the winner in each division crowned in summer 2018. The final super middleweight match-up features George Groves vs. Callum Smith while the cruiserweight final features Aleksandr Usyk vs. Murat Gassiev.

[QUOTE=SteveM;18909695]i'm thinking it will be MW or LHW. At MW there is a traffic jam caused by all waiting for a shot at Canelo and Golovkin and I see more chance of Canelo GGG doing a third fight than either…

[QUOTE=Sam21;18910282]Any american complain about this because they don't like eddie hearn is not a real boxing fan.[/QUOTE] Quite true. When I saw the announcement I just thought "Great news. Guess that snake is getting my money after all" I'm really…

[QUOTE=Sam21;18910280]Why would you want it on SKY when ITV literally stream most of the fights for free. With sky you have to pay for subscription[/QUOTE] Sky is part of the subscription most of itv are ppv.

[QUOTE=BigZ44;18909340]Me too, but still, with the quality of matchups, I still can't believe HBO or somebody else didn't try to get these fights. The fact that Usyk/Gassiev won't be shown in the US is ludicrous[/QUOTE] Doubt that the fight was…