Wojcicki-Volny Title Eliminator Postponed Due To Mandatory Shutdown In Germany

Patrick Wojcicki and Patrice Volny were two weeks away from deciding whom would be next in line for a coveted crack at the middleweight title.

Those dreams are on hold, as well as their careers in the foreseeable future.

A planned title eliminator between the pair of unbeaten middleweights is no longer on the books, nor is boxing of any kind due to a mandated four-week shutdown in Germany. The two were due to collide on November 14 at Congress Park in Wolfsburg, with the entire card cancelled due to the latest coronavirus spike.

“We are very sorry for everyone involved, but we as the organizers cannot take the risk," promoter Nisse Sauerland stated on Friday. "We considered the event without spectators, but at the moment it is too risky, we have to live up to our responsibility in times of massively increasing numbers of infections." 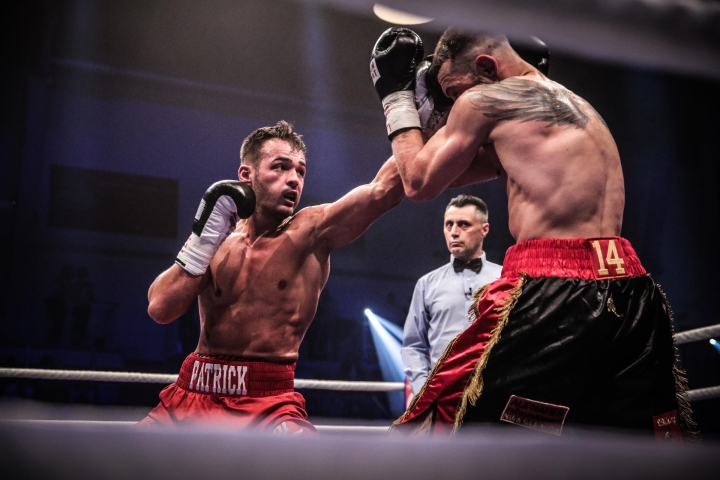 Locally-based Wojcicki (14-0-1, 5KOs) was looking forward to a hometown headliner in a bid to become a future mandatory challenger to the middleweight title currently held by Gennadiy Golovkin (40-1-1, 35KOs). The 29-year old contender was facing his stiffest test to date in Volny (15-0, 9KOs), a red hot middleweight from Montreal who was set to fight outside of Canada for the first time in his career.

Plans for the event were thwarted amidst alarmingly increasing COVID-19 numbers in Germany over the course of the past month. Chancellor Angela Merker announced earlier this week of plans for a nationwide shutdown to officially go into effect beginning Monday, November 2.

Given the current state of affairs, an exact time frame to reschedule the event remains at the mercy of government policies as German officials hope to avoid a massive second wave of the infectious disease.

“Here, too, it is important to monitor the developments surrounding the Coronavirus and continue to seek further resolutions and ordinances," stated Sauerland. "In any case, we want to hold an event in Wolfsburg as soon as possible and hope that many fans will be allowed in the Congress Park again."