Winky Wright on Pacquiao: Mitts Don't Hit Back, Thurman Will!

Thurman will defend the WBA welterweight title against Pacquiao at the MGM Grand in Las Vegas.

Pacquiao is coming off a twelve round domination of four division world champion Adrien Broner, which took place back in January, at the same Las Vegas venue. 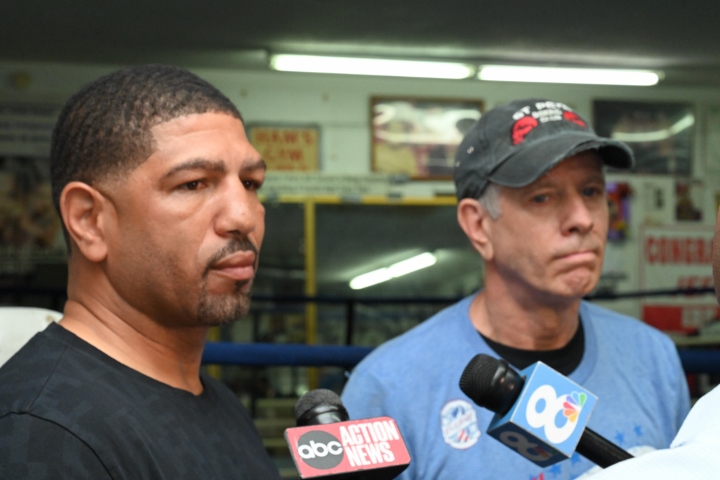 Wright is close with Thurman. The two Florida fighters had their respective careers groomed by veteran trainer Dan Birmingham.

And he will be ringside on Saturday.

Pacquiao is now 40-years-old and close to the end of his career.

He still looks sensational in the gym - something that Wright believes could be deceiving to the eye.

"Manny Pacquiao looks good hitting the mitts and the bags but the bags don't hit back. Fighters will tell you that all the time. The mitts don't hit back, but Keith Thurman hits back," Wright said.

Thurman was last in action, also in January, and he was very lackluster on pace to a majority decision win over Josesito Lopez.

In that fight, Thurman was coming off a two-year layoff after last fighting in March of 2017 with a win over Danny Garcia.

"That fight against Josesito Lopez allowed Keith to get his timing back and get back into the ring and remember what it feels like to get hit. Shawn put a lot of pressure on fighters. and most can't see how much pressure he puts on. By seeing the fight with Shawn and seeing the fight with Lopez, Keith is showing you his diverse boxing game. A lot of people don't understand that," Wright said.

Boxingscene, if you are going to quote Winky Wright then quote everything he said and not just pieces and parts of the interview to fit your agenda. Winky said a lot of wise and truthful things before he mentioned the…

Sheldon312, Crawford is the truth in the WW Division. He can't help his competition. Hell he's willing to fight anyone. I dont see Crawford backing down from anyone. When a fighter enter that squared circle, anything can happen. We can…

[QUOTE=HighLightReal;19913444]Give up? I'm having a good time watching you squirm. Broner > Quillin Lucas >\= PW Pac > Winky Now you're letting your grammar slip, Mr Kettle.[/QUOTE] good job trying to ignore all of your errors that I easily exposed.…

[QUOTE=Jab jab boom;19913313]so Williams was a paper champ but you give Broner credit for his belts? Especially the 147 belt you referenced which he was fortunate to get from Paulie. Now you said he had that belt "not long before"…