Williams: Hurd Got Haircut, Was Laughing, Joking In Locker Room

Julian Williams felt he had another advantage over Jarrett Hurd once his trainer told him what was happening in Hurd’s dressing room before their fight Saturday night.

When Stephen “Breadman” Edwards informed him of the atmosphere there, Williams knew Hurd was underestimating him. The newly crowned IBF, IBO and WBA 154-pound champion sensed that the previously undefeated Hurd didn’t have the same sense of urgency Williams felt entering their nationally televised, 12-round fight.

As Williams went to work on the inside early in their fight, Williams also realized his strength surprised Hurd.

“Yeah, because he thought that’s where he was gonna wear me down,” Williams told a group of reporters at ringside following his unanimous-decision win. “He don’t know how physically strong I am. You think I went to camp for two months, away from my family, stayed in a stinking-ass hotel, with hookers & sh*t like that, just to run around the ring from this guy? They underestimated me. My coach was telling they was getting haircuts in the locker room, laughing and joking. You see I just stayed calm. You know what I mean?” 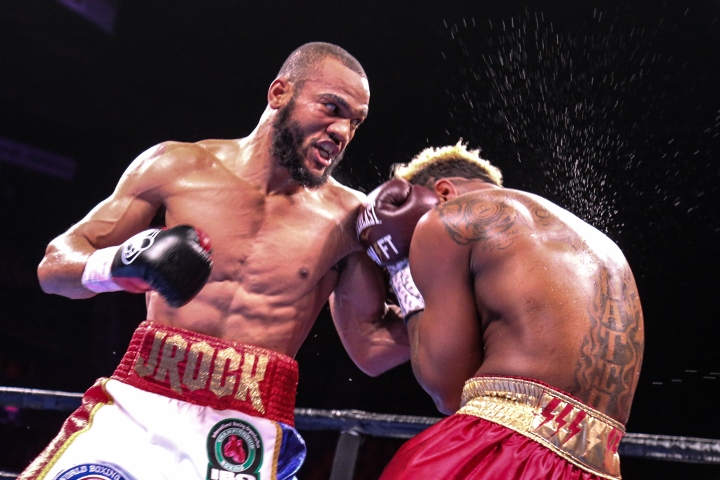 The 29-year-old Williams was roughly a 4-1 underdog entering their fight at EagleBank Arena in Fairfax, Virginia, about 30 miles from Hurd’s hometown of Accokeek, Maryland. For Williams, his impressive victory enabled him to redeem himself 2½ years after Jermall Charlo knocked him out in the fifth round of their fight for Charlo’s IBF junior middleweight title in Los Angeles.

You tellem j rock he ain't bout to leave his family for some hookers and not fight shieeeet he ain't runnin!

lol what kind of hotel was that??!!

[QUOTE=Oldskoolg;19740159]Absolutely it should. I come from an era where you didn’t get a shot at the title until you had some losses, rarely was there undefeated challengers[/QUOTE]I hope they give ubin a real opponent! They were rushing him, thewn after…