Tokyo, Japan - In a cordial and respectful atmosphere, the world champion of the World Boxing Organization (WBO) at the weight of 105 pounds, Wilfredo 'Bimbito' Mendez of Puerto Rico, and his opponent, Japan's mandatory challenger Masakata Taniguchi of Japan, hit the scale for their showdown, which will take shape tomorrow at Ryogoku Kokugikan Stadium.

Both Mendez and Taniguchi made the division limit of 105 pounds on the undercard that will see in the main fight, the unified champion at 118 pounds, Naoya Inoue, face Thailand's Aran Dipaen. 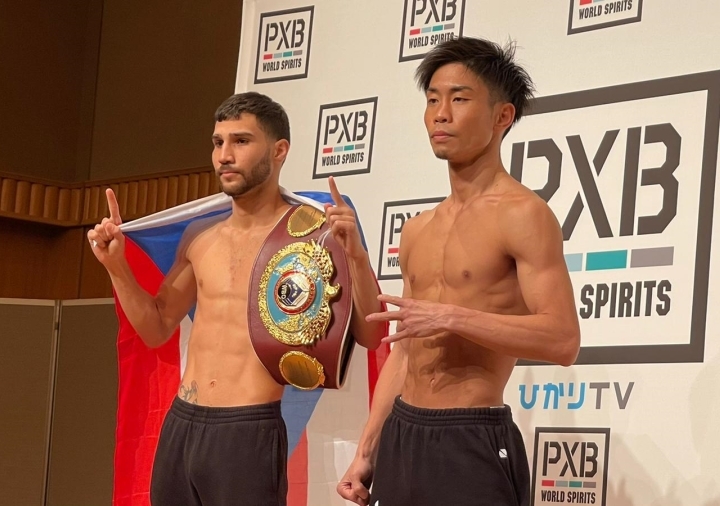 “I feel extremely strong and motivated to give my all for everything tomorrow. I have matured a lot as a fighter and any type of fight that my opponent brings up I will decipher. May the best man win,” Mendez said.

“My preparation was immense. Thanks to the organizers for their attention and here in Japan they have treated us super well. There are no excuses". 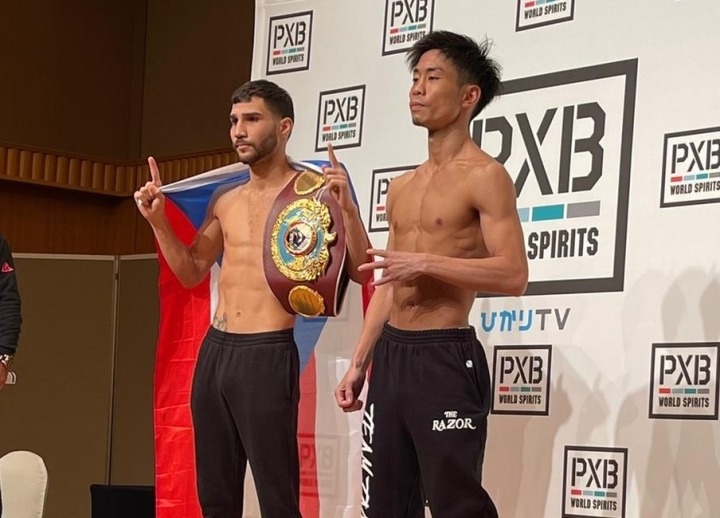