Wilfredo “Bimbito” Mendez (16-1) captured the vacant WBO minimumweight title in August, 2019 with a unanimous decision victory over Victorio Saludar. He has since followed that up with 2 successful title defenses.

The 23-year-old Puerto Rican is represented by Spartan Boxing and is currently training in Las Vegas, Nevada with stablemate Jean Carlos “Lobo” Torres who recently signed a promotional contract with Mayweather Promotions.

Both fighters have also started working with world class strength and conditioning coach Angel “Memo” Heredia whose stable of fighters include Yordenis Ugas, Rances Barthelemy, Félix Verdejo and several others. 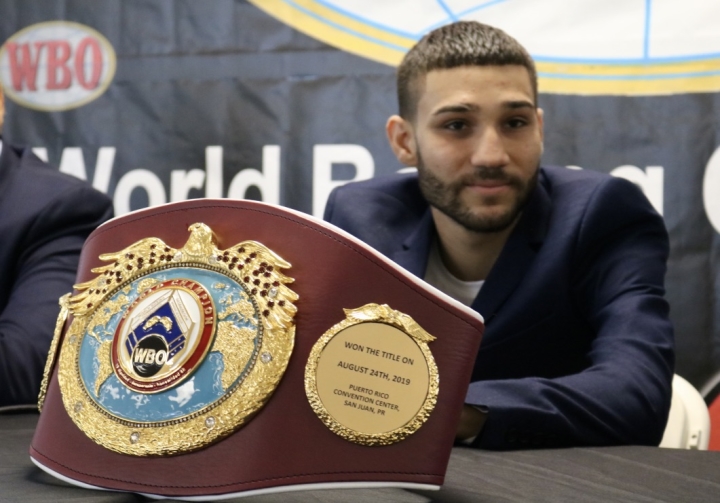 In their short time working together, Heredia has been very impressed.

"Right now they are training at the Mayweather Boxing Club. Bimbito is a good kid. Right now he is the only world champion that Puerto Rico has. He is a 105 pound fighter and he is training hard,” Heredia told BoxingScene.com.

Mendez doesn’t have a date yet for his return to the ring but it will before then end of the year and according to Heredia will be against his man story challenger.

“We had been training for a few weeks then they went back home for a bit and now he is back again. It is possible that he will be fighting sometime in November for his title defense.  He is a good fighter and he works very hard. He is talented and physically talented. We are going to work on some other things to help him get a little bit more power and do some drills to make him quicker and definitely maintain his endurance. He is looking sharp and so far he is getting there and we are training for a date hopefully in November," said Heredia.