Bimbito Méndez (14-1, 5 KOs), is also the third Puerto Rican to be crowned at 105 pounds worldwide (the others were Alex "El Nene" Sánchez and Iván "Iron Boy" Calderón) by the WBO.

The Puerto Rican used his boxing skills for the entire twelve rounds to frustrate an aggressive Saludar (19-4, 10 KOs), who was making his second title defense. 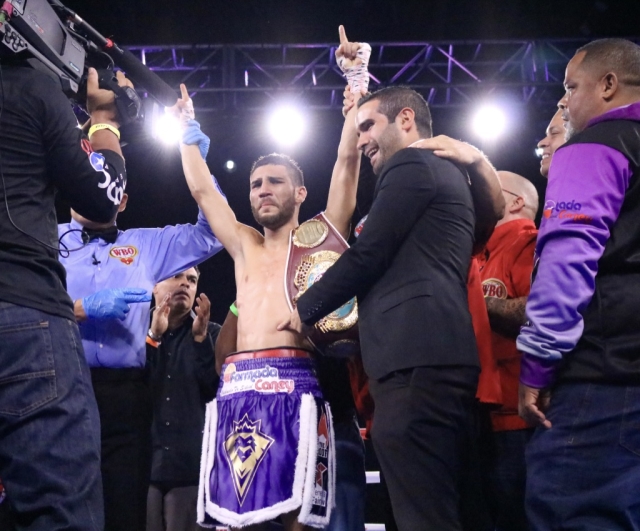 The Filipino banger knocked down Mendez with a left hook, but without serious consequences, in round five. After the bout was over, the judges handed out cards of 117-110, 116-111 and 115-112 for Méndez.

"This is a dream come true; after all this work and now I am a world champion, the only one that  Puerto Rico has in men's division right now," said Méndez, 22, after his victory.

"We followed the fight plan the entire time.We worked hard on it and we were able to take the victory against a good opponent like Saludar."

In other results, Jean Carlos "Lobo" Torres (17-0, 12 KOs) scored his sixth straight win by KO by finishing off Mexican Miguel Zamudio (43-14-1, 27 kos) in the third round. Torres, #6 ranked of the WBO at 140 pounds, sent Zamudio to the canvas once in the first round, another in the second and another in the third before the end by TKO at 2:52.

Looks like Puerto Rico is back on the map

WBO is Puerto Rican with Bob Arum as associate and is no longer recognized by PBC fighters of Al Haymon.

In the strawweight division, there are the two Thais and then everyone else.