Shelly Finkel, the co-manager of WBC heavyweight champion Deontay Wilder, has responded to some of the recent statements from Eddie Hearn, promoter for Anthony Joshua.

A few days ago, Hearn questioned the validity of Wilder's interest in facing the winner of Joshua's rematch with Andy Ruiz. Wilder stated in an interview that he was willing to bypass a February rematch with Tyson Fury in order to fight the Ruiz-Joshua winner.

"Isn't it interesting that when on fight week Joshua-Ruiz, at the end of May, Deontay Wilder announced that he was fighting Luis Ortiz on Joshua fight week? We are now at the beginning of September, there is no fight, there is no venue, there is no date. He hasn't talked about Anthony Joshua probably since that moment. Joshua-Ruiz II media week what happens? Deontay Wilder pops up and says: ‘Oh, I want to fight Anthony Joshua and unify instead of Tyson Fury.' Why didn't you want to do it when Joshua had the belts?," Hearn said. 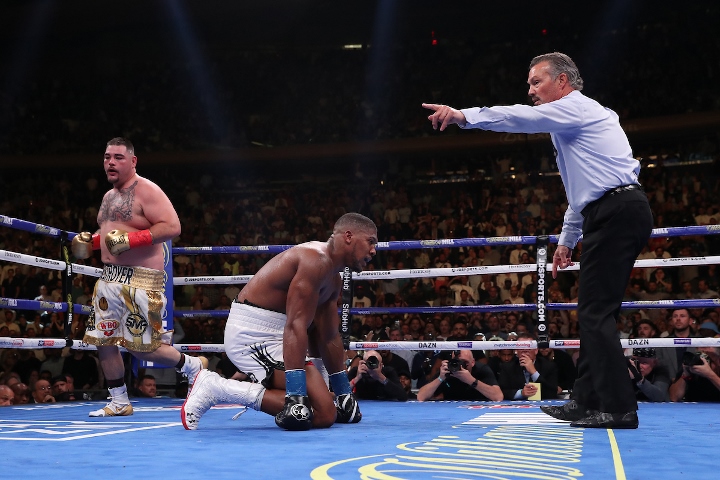 Finkel responded back, stating that Hearn should focus his energy on rebuilding Joshua.

Joshua was dropped four times and stopped in the seventh round by Ruiz, back on June 1 at Madison Square Garden in New York City. The rematch has been scheduled for December 7th in Saudi Arabia.

"After reading Eddie's quotes today I think he shouldn't be worrying about Deontay and should put all his energy into resurrecting Joshua, because that is what is really needed,” Finkel told Sky Sports.

"Deontay's fight against Luis Ortiz will be officially announced later this month, as has always been planned."

Wilder vs. Ortiz is being targeted for a date in November, with a rematch against Fury on the tentative date of February 22.

[QUOTE=juggernaut666;20049298]Sheldon is a girls name, Finkel puts bright lipstick on for the secret Haymon meetings that go underground. Shelly is a girls name and that's short for Sheldon,do you know a guy named Shelly often ?[/QUOTE] :lol1: lol1: :lol1: Dude,…

When did Hearn become AJ's manager?

[QUOTE=rckdees;20049679]This clown low balled Wilder for the past 3 years hoping he lose his title to some mandatory and Joshua could back door his way to the undisputed championship but karma is a bi$#@[/QUOTE] Hearn is only ever going to…

[QUOTE=Oldskoolg;20049314]I’ve blocked most of the human refuse on this website, just can’t be arsed with these numpties but I can only imagine the comments from the Eddie Hearn owned Nigel Farage borris Johnson EDL/BF brexit nationalists who hate Wilder, Haymon,…

[QUOTE=Eff Pandas;20049307]Mfers who grow up with money OFTEN find thier own humor more funny than it is. Eddie telling sh^tty dad jokes & think he created the best thing since the Chappelle show blind black racist skit with that lame…