WBC heavyweight world champion Deontay Wilder is now in hot water with the World Boxing Council, after the boxer made numerous statements regarding his desire to kill opponent Dominic Breazeale in the ring.

WBC president Mauricio Sulaiman said the comments were "regrettable" and against the organisation's ethics.

Wilder, 33, will make a mandatory defense against Breazeale on Saturday night at the Barclays Center in Brooklyn, New York. 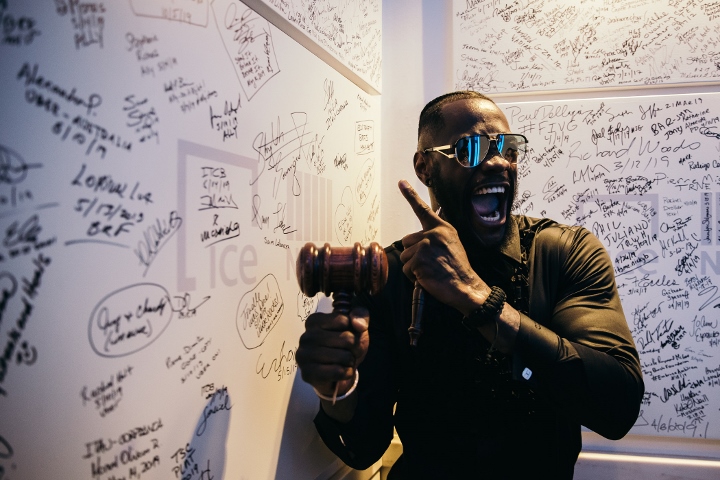 Sulaiman said: "I have seen Deontay Wilder comments which are regrettable and completely against the spirit of our sport. I have known Wilder for a long time and he is not the person he portrays in such comments. His metaphors are against the WBC code of ethics and will be addressed in a hearing."

Wilder's statements have shocked a lot of people, and he's made similar statements in the past.

"You can ask any doctor around the world and he'll tell you the head isn't supposed to be hit. Anybody can go and in this particular time we have bad blood against each other. This is the only sport where you can kill a man and get paid for it at the same time. It's legal, so why not use my right to do so? His life is on the line for this fight and I do mean his life. I'm still trying to get me a body on my record."

[QUOTE=Breno G;19748153]people died from a whole career of getting head trauma. This clown thinks he possesses some kind of death touch. seriously, this may scare little kids, but if you have ever been in a fight, specially with boxing gloves,…

[QUOTE=Oldskoolg;19747978]Well sir when I moved to the USA from the uk one of the first things I did was join the US Army. Spent an entire career in the Army and then served in the Guard after that. I have…

[QUOTE=Oldskoolg;19747978]Well sir when I moved to the USA from the uk one of the first things I did was join the US Army. Spent an entire career in the Army and then served in the Guard after that. I have…

This ignorant dolt does the sport itself ZERO good with his stupid comments. He needs to just go away, sooner the better. And I do hope after he's defeated he decides to retire. We don't need loud stupid people in…

Wilder is a disgrace, a very bad role model and a bum, he ain’t no champion but a chump, people world over are disgusted with his comment on wishing to add a body to his record...how can one wish and…