Wilder will defend his title against Fury on February 22nd at the MGM Grand in Las Vegas. The first bout took place in December 2018, at Staples Center in Los Angeles, with the contest ending in a twelve round split draw. 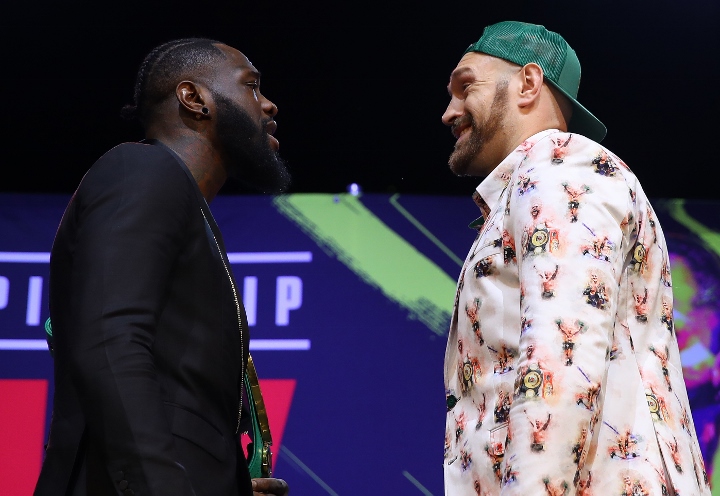 Wilder believes Fury is just making statements for shock value - something Fury known to do. UFC superstar Conor McGregor recently came out and denied Fury's claim that McGregor offered his services as an MMA trainer. In fact, McGregor claims that he's never had a single conversation with Fury.

"I mean, enjoy yourself," Wilder said to TMZ Sports. "Just use the proper lotion!

"Whatever he says is for entertainment or whatever... He wanna jack off? Enjoy himself! Just use the proper lotion. I mean some like thick lotion."

Fury also vowed to end the fight with a second round knockout.

Wilder raised his eyes at that statement. If Fury is actually able to secure a second round knockout, then Wilder will retire from the sport.

"I already have six years left in the sport, but if he gets me out in the second round? Knock me out? I'm done, bro. I'm done. Period," Wilder said.

[QUOTE=MEXICAN STYLE;20331707]lmao @ your paragraph trying to justify why a "grown man" strokes himself 7 damn times a day & why another 'man' not roasting Fury yet encouraging it is due to them having gone through "personal struggles" All I'm…

[QUOTE=Ricky12;20331690]Your talking about yourself there. Unless you've been in someone shoes dont judge them. Theres people out there who have gone through some serious stuff and are trying to get on the right path. Dont knock them.Its just puts you…