Deontay Wilder and Alexander Povetkin continue to have to relive their fight that never was, although the latest ruling should finally provide closure—even if it means having to once again live with a double knockout.

The 2nd Circuit Court of Appeals in New York City affirmed on June 12 a ruling from last April dismissing claims from both sides of a breach of contract from their canceled May 2016 heavyweight title fight in Russia.

Wilder’s side sought to collect a purse amount in excess of $4.5 million he would have made for the title defense versus Russia’s Povetkin, who tested positive for trace amounts of Meldonium on April 27, 2016—three weeks prior to the scheduled bout. His decision to wash his hands of the fight altogether was met with a counter lawsuit by World of Boxing (WoB), Povetkin’s promoter who sought damages over the May 21, 2016 event to which they won the rights through a winning purse bid amount of $7.15 million. 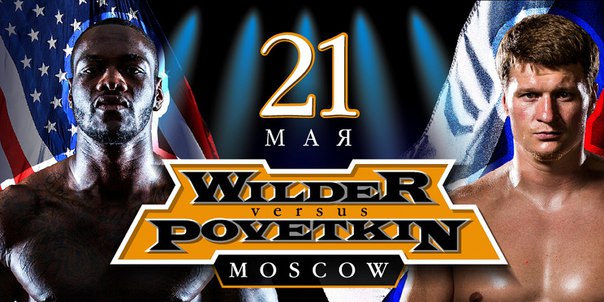 The breach of contract claims filed by both sides were ultimately dismissed, with the greater blow dealt to Wilder, who was forced to return his escrowed purse to World of Boxing.

Because the test result was discovered so late in the promotion, the WBC chose to withdraw its sanctioning and have the mandatory title fight postponed as to conduct a thorough investigation. The issue stemmed from the substance having been placed on the banned list on January 1, 2016, with Povetkin contending all along that the trace amounts discovered were from ingestion the prior September when it was still legal to use.

Studies conducted by World Anti-Doping Agency (WADA) were issued in June 2016, informing all that test results showing less than 1.0 microgram per milliliter (µg/mL) of Meldonium were to be deemed as a finding of no fault to the offending participant.

The WBC cited the study in its Aug. 2016 ruling on the matter. It was determined that “it is not possible to ascertain that Mr. Povetkin ingested Meldonium after January 1, 2016.” Instead came a mandate for Povetkin to enroll in its Clean Boxing Program (CBP), while having in the meantime permitted Wilder a voluntary title defense, in which he scored a July 2016 stoppage win over Chris Arreola.

Despite a jury trial in 2017 determining that Povetkin ingested the substance after the January 1, 2016 declaration, the WBC’s prior ruling was deemed by the Court of the Southern District of New York as the letter of the law last April. The bout agreement in place between the combatants was through the WBC, whose ruling was more of a race-to-the-middle than it was finding fault on either side for the fight not taking place.

Ironically, the indecision by the sanctioning body whose title Wilder has proudly represented for more than four years ultimately cost him $4.5 million.

The failed test result also cost Povetkin a payday of $1.93 million and what WoB initially alleged as millions more in damages for the compromised May 2016 which otherwise went on as scheduled. Denis Lebedev’s cruiserweight title unification bout with Argentina’s Victor Ramirez was bumped up to the main event, with Lebedev scoring a 2nd round knockout, but with WoB claiming the damage had already been done the moment Wilder changed his travel itinerary in England one week prior, flying home to Alabama instead of to Moscow.

Such claims were rightly dismissed by a higher court, although so too were any damages sought by Wilder despite courtroom findings and rulings leaning heavily in his favor.

Wilder (41-0-1, 40KOs) still holds the WBC title, celebrating four years as its claimant this past January. The 33-year old recently registered his ninth successful defense following a 1st round knockout of mandatory challenger Dominic Breazeale this past May at Barclays Center in Brooklyn, New York, which has hosted four of his title fights.

The entirety of Wilder’s reign has taken place in the United States, a run which will include his forthcoming rematch with Luis Ortiz. The two collided last March at Barclays, with Wilder surviving a major mid-rounds scare to stop the previously unbeaten Cuban southpaw in 10 rounds in their Showtime-televised headliner which ranked as the network’s highest-rated boxing event since Jan. 2015, when Wilder dethroned Bermane Stiverne to begin his reign.

The rematch will take place on Showtime Pay-Per-View, although the date and location remain fluid.

Having previously dropped a landslide 12-round decision to then-World champion Wladimir Klitschko, Povetkin (34-2, 24KOs)—who won three straight post-suspension—jumped out to a strong start versus then-unbeaten and unified titlist Anthony Joshua before succumbing in seven rounds last September in London. England. The veteran contender—who turns 40 in September—has not fought since.

Didn't think this was still going on

Povetkin wasnt banned after the failure of the Wilder fight, Povetkin was cleared to continue fighting. So i dont see why they should pay Wilder a penny. I feel the fight should of been rescheduled. Or the WBC need to…

[QUOTE=Boksfan;19841780]Alabama coward ducked Povetkin like a little bytch :dance: [IMG]https://i.postimg.cc/4xZmD7Zn/Duck-liar.jpg[/IMG][/QUOTE] This is Wilder's fault? LOL what?

Quote: Originally Posted by PunchyPotorff View Post Next time try reading an article... not just a headline. "...Studies conducted by World Anti-Doping Agency (WADA) were issued in June 2016, informing all that test results showing less than 1.0 microgram per…

[QUOTE=NYhaven;19841722]So, what. Wilder should get His sum for all the looney sht that was going on. I can’t believe YOU people in here really defending a known cheat, bringing more new meanings to your hate everyday[/QUOTE] What he just said!…