Wilder: No Offers Given To Me, No Negotiations For Joshua Bout

WBC heavyweight champion Deontay Wilder believes he is the most dangerous man in the division, saying that he could beat anybody at any time ahead of his title defence against Luis Ortiz on Saturday at the Barclays Center in Brooklyn, New York.

Wilder, nicknamed the Bronze Bomber, has won all 39 of his professional fights, with only one of those victories being by a points decision. The 32-year-old has held his heavyweight title since 2015.

The American puncher is raring to take on WBA, IBF and IBO world champion Anthony Joshua. 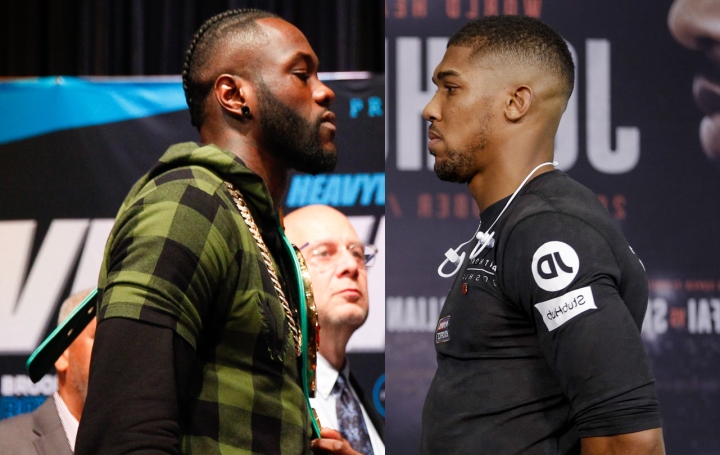 Promoter Eddie Hearn said in November that talks were underway to arrange a fight between Wilder and Joshua in 2018 but the bout is yet to be confirmed with the Briton taking on WBO champion Joseph Parker on March 31 instead.

Wilder believes Hearn is milking Joshua as a cash cow instead of making the necessary steps to put them in the ring with each other.

"We're ready on this side of the pond," said Wilder in an interview with the BBC.

"I don't believe Hearn wants this fight at all. Joshua is like a cow, Eddie Hearn is milking him for every dollar.

"Hearn knows I'm a dangerous factor to his operation. There have been no negotiations at all, no deal has been offered. But the world wants to see me and Joshua get in the ring."

Wilder is making the sixth defence of his title having in November stopped Bermane Stiverne when a match-up with Ortiz was cancelled after the Cuban, 38, tested positive for banned substances in a drugs test.

Banned diuretics chlorothiazide and hydrochlorothiazide were detected, but he avoided a ban when the WBC found he took them for high blood pressure and fined him for failing to disclose he had taken them.

Hearn has said he would like Joshua and Wilder to fight twice if both win their respective fights, but Wilder believes the unbeaten British fighter is running scared.

"I don't think Joshua has enough confidence in himself to fight me," said Wilder. "It's all on them. If he really wants it, he can make it happen."

The best milkman is Bob Arum! Show me the money Wilder $$$

[QUOTE=ShoulderRoll;18531602]Wilder has offered to fight Dillian Shyte as long as it is put in writing that AJ is next. And he has also offered to fight AJ if whatever split he agrees to is reversed for a rematch. So far…

[QUOTE=WBC WBA IBF;18532995]Why is it a waste of time? It's making the fight more marketable in America. It's increasing the appetite for the fight. If the fight happens, it will generate more money because of all the trash talking Wilder…

[QUOTE=THEFRESHBRAWLER;18532949]All I’m saying is that it’s a waste of his time to keep chasing AJ.[/QUOTE] Why is it a waste of time? It's making the fight more marketable in America. It's increasing the appetite for the fight. If the fight…