Wilder: A lot of Guys Still Doing Drugs, They're The Real Murderers

WBC heavyweight champion Deontay Wilder has continued to lash out at the run of drug cheats in the sport of boxing. 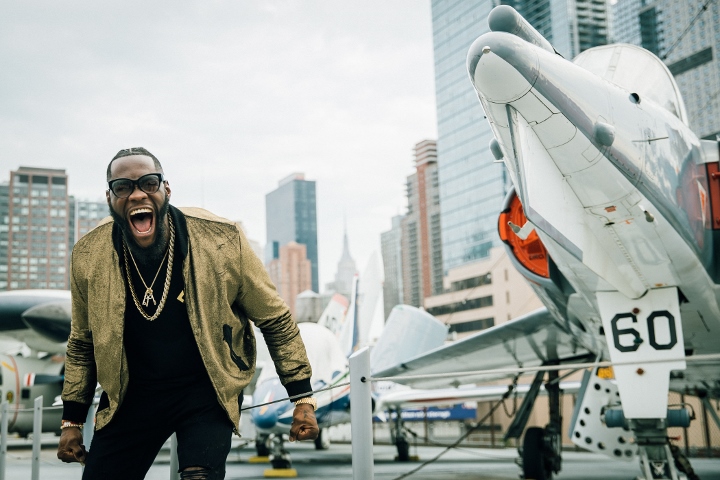 Wilder (40-0, 39 KOs) will defend his title against Fury at the Staples Center in Los Angeles, California. The fight will headline a Showtime Pay-Per-View event.

“They’re the real murderers. When you put something into your body that allows it to ­enhance something it doesn’t normally do, then you’ll hurt somebody. What you should all be doing is criticising them, not criticising someone who’s got natural power and who does things naturally," Wilder told The Mirror.

“How can a guy who cheats get more praise than me, a man who knocks guys out? When he fights, it’s the biggest fight in the world — they forget about all the other things that ­occurred beforehand.”

Wilder's last opponent, Luis Ortiz, failed two separate drug tests in the past. Their initial fight date from last year was postponed after Ortiz's medication for his high blood pressure - rendered a positive test as the meds contained a banned substance.

The fight got pushed back to this past March, which saw Wilder recover from a disastrous seventh round to score a knockout over Ortiz in the tenth.

“Look at Ortiz. In my mind, I was fighting a ­machine. That’s what I had in my head," Wilder said.

“There are a hell of a lot of guys still doing drugs. But, because the heavyweight division is so short, there are not enough ­fighters out there. You have to take what you can because boxing is a small window. I trust in myself, I do it right and I stick with that.”

[QUOTE=Commie;19311277]Some fools needs to get their **** right If most of wilders opponents are on PEDs and still didn’t stand a chance then it means: a) PEDs are overrated and aren’t worth mentioning b) Wilder is on even more PEDs[/QUOTE]…

[QUOTE=Akutalee;19302488]And marijuana was found in your car stupid idiot[/QUOTE] You just compared Weed to Roids?!?...Smh wow

[QUOTE=NachoMan;19307589]Boy, you guys simply do not tire of spewing horse ****. You've all got an endless line of b.s. excuses, you'll latch to anything at all to try to explain what is plain to any unbiased person. Wilder is chasing…

Some fools needs to get their **** right If most of wilders opponents are on PEDs and still didn’t stand a chance then it means: a) PEDs are overrated and aren’t worth mentioning b) Wilder is on even more PEDs

[QUOTE=Sid-Knee;19307420]The 50 Mill deal that was tied to BT sports which Joshua couldn't take because he has a contract with Sky Sports? Yeah, take a seat.[/QUOTE] Boy, you guys simply do not tire of spewing horse ****. You've all got…