Wednesday morning at the WBC’s 57th annual convention at the Grand Oasis Cancun was devoted mainly to ratings.

The afternoon assembly meeting was devoted to mandatory defenses.

Wilder is scheduled to make a voluntary title defense on November 23 against No. 3 ranked Luis Ortiz of Cuba. The WBC has also approved the rematch against No. 2 ranked Tyson Fury of Great Britain to be held in 2020.

No. 1 ranked Dillian Whyte’s situation is in process with UKAD and Whyte’s representatives, and with the WBC. If his situation is resolved, he will become the mandatory challenger for February, 2021. 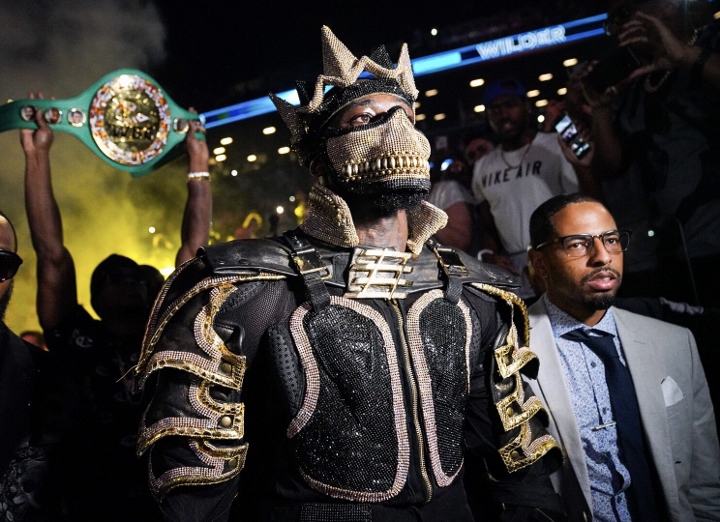 The WBC approved No. 1 ranked WBC Silver champion Ilungu Makabu of Congo vs. No. 2 ranked Krszysztof Glowacki of Poland for the vacant world championship. WBC Diamond champion Mairis Briedis of Latvia is scheduled to fight IBF champion Yuniel Dorticos of Cuba, with the date to be announced.

WBC and IBF champion Beterbiev will first make his IBF mandatory defense against IBF No. 1 ranked Meng Fanlong of China. Fanlong is also ranked No. 15 by the WBC, and there was a request from the promoters that the fight also be for the WBC title.

The fight between No. 2 ranked WBC Silver champion Jean Pascal of Haiti/Canada and No. 6 ranked Badou Jack of Gambia/Sweden will determine the next mandatory challenger, with the date to be announced.

Benavidez will make his mandatory defense next against No. 1 ranked Avni Yildirim of Turkey, with the date to be announced.

WBC Diamond champion Callum Smith of Great Britain is also the WBA champion, and is scheduled to defend the WBA title against John Ryder of Great Britain on November 23. WBC President Mauricio Sulaiman made a provisional request that the winner of Benavidez vs. Yildirim be allowed one voluntary defense and then confirm Smith as mandatory challenger, and will wait for confirmation from Smith.

Charlo is scheduled to make a voluntary title defense against No. 5 ranked Dennis Hogan of Ireland/Australia on December 7. The WBC will wait for two weeks after the December fight to address the mandatory situation with Matchroom Boxing.

Pascal still has a chance against Jack... I see it 60/40 for Jack... Let's see if Jean-Thenistor can pull another rabbit... He's always fun to watch anyway... :boxing:

[QUOTE=Andrij;20141819]If Wilder wins then he will most likely push to unify titles against Ruiz/Joshua winner by the end of the year 2020. And if he becomes Undisputed then he immediately retires at age 35.[/QUOTE] Don't see it. I see him…

If you have any doubt Fury and Wilder are a business collaboration, ask yourself why is it so easy for Fury and Wilder to sign contracts to fight each other? Wilder and Haymon play hardball duckball with AJ (they don't…

Wilder vs Fury is an inside job business deal. Both fighters need each other, so they rig their WWF fake feud. The fight fight was a fix to make both retain their value. The rematch if it happens will be…

What about Gilberto Ramirez #1 by WBC, where is he, is he on cycle or smth, on that mexican meat? People, find Gilberto, person is missing!