Deontay Wilder has exercised his right to a rematch with Tyson Fury and a third fight between the two heavyweights is tentatively slated to take place July 18 at the MGM Grand Garden Arena in Las Vegas, Top Rank founder and Hall of Fame promoter Bob Arum, Fury’s co-promoter told BoxingScene.com on Sunday.

The mega-fight will be a 60 to 40 percent purse split in favor of the recently crowned WBC and lineal champion Fury.

The July 18 is the last Saturday allowable in the contract for the fight to happen. Before the rematch took place, Top Rank boss Bob Arum stated a third fight could take place in October in order to leverage the NFL calendar and co-promotional opportunities both networks provided. 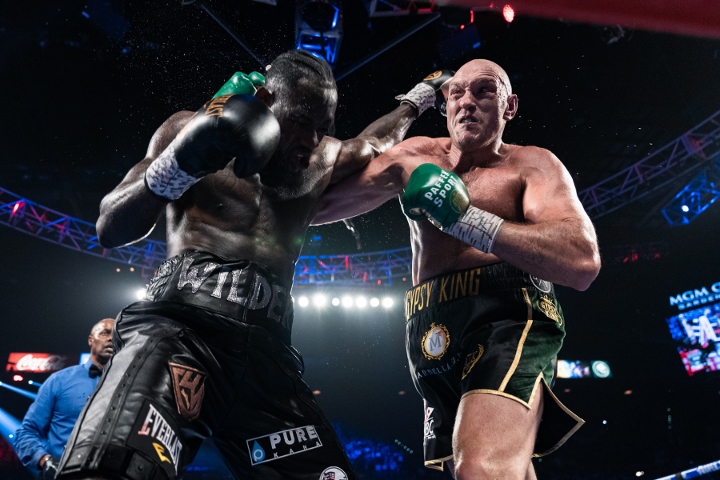 The summer showdown will be a Fox and ESPN joint venture and pay-per-view, marking the second time the TV networks have collaborated for a boxing production.

On Friday, Wilder made his first public comments via video on social media since the end of his five-year heavyweight title reign.

"We ain’t going nowhere, for the war has just begun. I will rise again. I am strong. I am a king, you can’t take my pride. I am a warrior. I am a king that will never give up. I’m a king that will fight to the death," said Wilder. "And if anyone don’t understand that, don’t understand what it is to go to war, don’t understand what it is to fight, we will rise again. We will regain the title. I will be back. We will hold our heads up high. Your king is in great spirits. We will rise like a phoenix from the ashes and regain the title. I’ll see you in a few months, for the war has just begun. All my love to all my people."

[QUOTE=megh50;20439184]Well...propose a better fight? I'm not too intrigued by Joshua vs Fury until Fury settles his score. I want to see if Wilder can adjust. What else is there?[/QUOTE] fury outboxed dw 1st fight but was robbed. fury kicked his…

[QUOTE=saopaulo;20436380]bulls-hit.. its the 3rd fight nobody wants or cares for except wilder yes men and youtube revolutionists.[/QUOTE] Well...propose a better fight? I'm not too intrigued by Joshua vs Fury until Fury settles his score. I want to see if Wilder…

This PPV is going to do less numbers, I hope they build this third fight better, compared to the second fight. Lamentably, this fight is going to be a cash out fight for Wilder. The worst that can happen, If…

[QUOTE=Raf7_9;20436365]Strike while the iron is hot. Wilder destroys the cheating Gypsy scumbag this time around.[/QUOTE] Red Karma negative: Next time, respect the boxers who sacrifice for us and don't use belittle names to them.

[QUOTE=TouchyAndalou;20437840]I'm not sure this is the case. Of course anybody who fights Wilder now is going to try and bully him, but Fury beat Wilder as much with skill as he did with physicality. Fury has a unique combination of…