Former heavyweight champion Deontay Wilder has confirmed that he will indeed exercise his immediate rematch clause, to face Tyson Fury for a third time.

Wilder was stopped in seven rounds on Saturday night at the MGM Grand in Las Vegas, with Fury walking away with the WBC world title.

The first time around, they fought to a controversial twelve round split draw in December 2018. 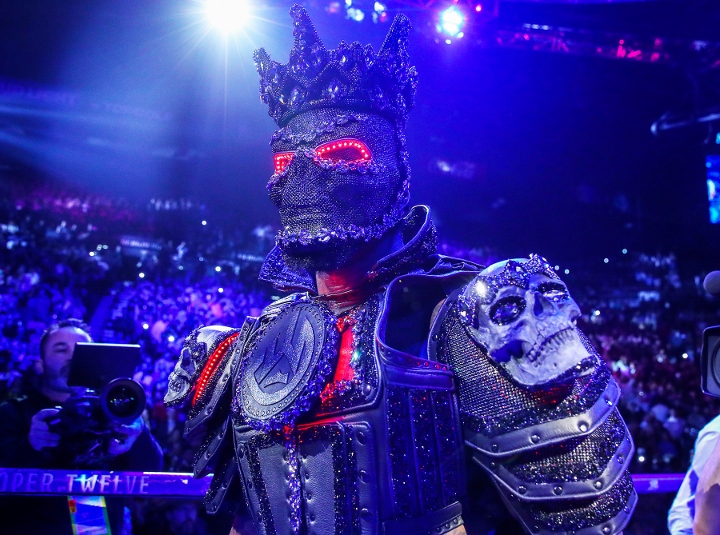 Wilder went down in the third and fifth round.

From the very first round, it appeared that Wilder's balance was bad and he appeared to be winded by the third.

He claims that Fury's punches were not damaging and blames his special costume, which he says weighed 40-pounds, weakened his legs as he walked down to the ring.

“He didn’t hurt me at all, but the simple fact is ... that my uniform was way too heavy for me,” Wilder told Kevin Iole of Yahoo Sports.

“I didn’t have no legs from the beginning of the fight. In the third round, my legs were just shot all the way through. But I’m a warrior and people know that I’m a warrior. It could easily be told that I didn’t have legs or anything. A lot of people were telling me, ‘It looked like something was wrong with you.’ Something was, but when you’re in the ring, you have to bluff a lot of things. I tried my best to do so. I knew I didn’t have the legs because of my uniform.

“I was only able to put it on [for the first time] the night before but I didn’t think it was going to be that heavy. It weighed 40, 40-some pounds with the helmet and all the batteries. I wanted my tribute to be great for Black History Month. I wanted it to be good and I guess I put that before anything.”

[QUOTE=Patsfan bri;20417094]Well uummm, you see uuummm, it’s kinda like uuummm, alright damn iit I cant defend it . The only thing I can say is that wilder genuinely thought he was the baddest man on the planet. The guy believes…

He claims that Fury's punches were not damaging and blames his special costume, which he says weighed 40-pounds, weakened his legs as he walked down to the ring. 40lbs weakened his legs!? Chicken-legged clown shouldn't have worn that foolish, gay…