Heavyweight contender Dillian Whyte has rejected the idea of a taking a step-aside deal to allow a full division unification between world champion Tyson Fury and Anthony Joshua.

Whyte is the mandatory challenger to Fury's WBC heavyweight title.

Pursuant to a WBC order from 2019, Whyte has to receive his mandatory shot by February 2021. 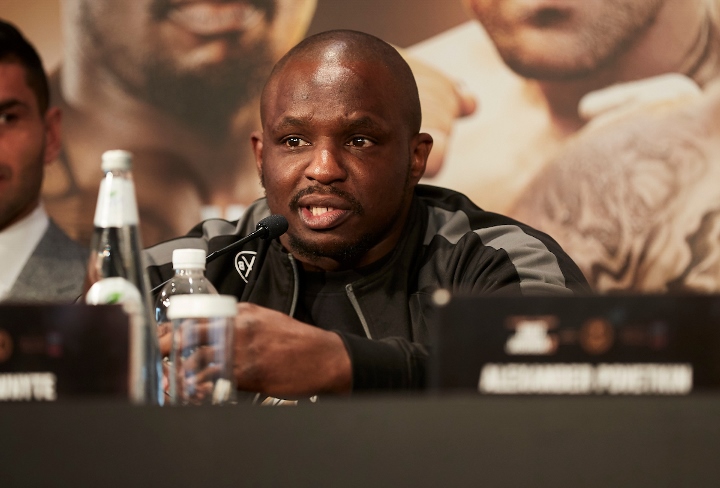 Fury has to take part in a trilogy fight with Deontay Wilder on December 19, with Joshua defending his WBA, IBF, WBO, IBO world titles against mandatory challenger Kubrat Pulev in the coming months.

The teams behind Fury and Joshua have had ongoing discussions to face each other in 2021, as part of a two-fight series. Some of the financial particulars have already been agreed upon.

But if the champions win their bouts and intend to move forward with a planned bout - Whyte will stand his ground in getting his WBC title shot beforehand, and he won't entertain any step-aside money, as he strongly feels that he's waited long enough to get his opportunity to fight for the full title.

"I’m not getting any younger, I’m getting older. I just want to be world champion and reign and unify.

[QUOTE=The plunger man;20648023]wilder is a bum and should let other well deserved fighters get there chance......bum squad should stick to twerking and let the fighters fight[/QUOTE] Whyte don’t deserve the fight he turned down too many opportunities. Also Whyte is…

[QUOTE=Ant1979;20648160]You make some valid points and I'd be tempted to agree if he'd just taken the mando slot. But given the lengthy debacle, legals and his general levels of frustration I'd be surprised if he took the money to step…

[QUOTE=alexjust;20648099]It can also be Whyte's negotiations tactics. Fighting Fury, AJ or Wilder requires very solid skills. Getting extra fights and training under the belt, given Whyte's almost non-existent amateur boxing experience, is a good idea. All the while for getting…

[QUOTE=kafkod;20647955]He doesn't need to make a statement against Whyte, he already did that with Wilder.[/QUOTE] Maybe not in your eyes but there are some out there that think he still has not had a lot of good competition. Personally I…