Whyte: Joshua-Ruiz is Not Good, Joshua Will Beat Him Up

But Miller fell out of the contest after testing positive for three banned substances, which came about from three failed pre-fight drug tests. 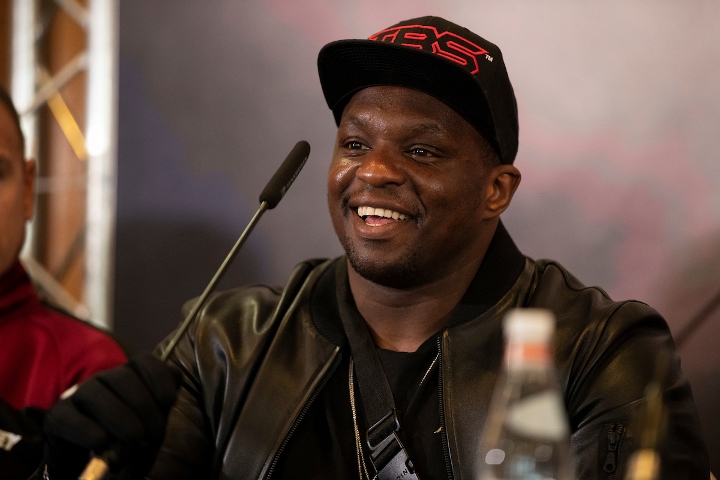 Whyte, who returns on July 20th against Oscar Rivas at the O2 Arena in London, says he was willing to face Joshua in a rematch on short notice.

Joshua stopped Whyte in seven rounds back in December of 2015.

He claims Joshua and his handlers turned him down.

“The negotiations with me and Joshua, they were never serious,” Whyte said to The Mirror.

“I said I was up for the fight (on June 1). The first time I wasn’t training, but when Miller pulled out I was already training for five weeks, I already had eight weeks VADA testing. I said I’d be ready. I did say that, but they didn’t want the fight. There was no serious talk about the fight.

“Forget all this talk that the fight was offered to me and I said no, I did not say that. I said to Eddie (Hearn) that if we could reach terms and sort it out, instead of letting the fans down I’d step in. My team wasn’t happy, but I said I’d go in there and have it. I’d give him hell as long as my fitness lasts.”

The frontrunner to face Joshua is once-beaten Andy Ruiz, who just a few short weeks ago stopped Alexander Dimitrenko.

"I think that Ruiz just doesn't hit hard enough. He's got quick hands but he's not the fittest, he doesn't look the part. He's a well-schooled guy and all of that, but if Parker can outbox him that easily what's AJ going to do to him?

"I don't think Joshua looks bad in that fight, it just depends on whether the needle he had with Miller and the mindset is still there. It's whether his concentration lapses and he thinks, 'this is just a fat couch potato'. I think he beats Andy Ruiz up, six or seven rounds he beats him up. His feet are too slow. Ruiz is a pressure fighter. He ain't got quick feet or good head movement. You can't work a 6ft 6, 230lb guy with head movement up like that."

[QUOTE=giant_king;19706146]Another waste of time for for the fans who pay there hard earned money lol.another easy fight for a.j and this isn't even a mando by the way hand picked.joshua really looking less more of a champion every day smdh[/QUOTE]…

Another waste of time for for the fans who pay there hard earned money lol.another easy fight for a.j and this isn't even a mando by the way hand picked.joshua really looking less more of a champion every day smdh

[QUOTE=smfmikejohn;19703737]Turned down the April 13th date because of short notice, but wants this fight.[/QUOTE] Exactly my thought. Sounds like he is regretting not taking not taking that fight. Even though I doubt it, It may be over if Rivas upset…

[QUOTE=TBear;19705117]Well, Whyte is right. Ruiz is a easy opponent for Joshua. Ruiz on short notice makes it even worse.[/QUOTE] True makes it worse for Joshua because once again the guy has to adjust to a much smaller opponent when Ruiz…

Well, Whyte is right. Ruiz is a easy opponent for Joshua. Ruiz on short notice makes it even worse.