Whyte: When I Dropped Fury Twice - He Was Sobbing, Coach Cussed Him

Heavyweight contender Dillian Whyte is standing firm on his claim that he not only dropped Tyson Fury in sparring - he also made the 'Gypsy King' cry in the aftermath.

Fury holds the WBC heavyweight title. And Whyte, who holds the WBC's interim-title, is the mandatory challenger.

Pursuant to an order from the WBC, Fury has to make a mandatory defense against Whyte by February 2021. 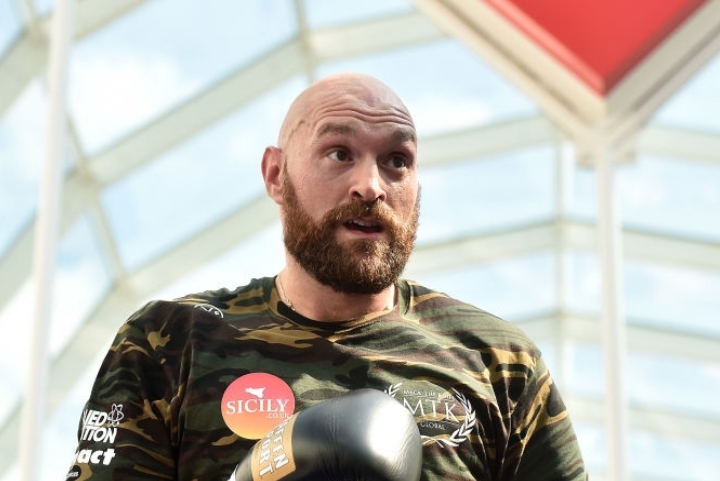 Both of them are scheduled for other assignments in the coming months.

Whyte is going to face former WBA champion Alexander Povetkin on August 22 in the UK.

And Fury has a trilogy fight lined up with Deontay Wilder for December 19th.

According to Whyte, he was helping Fury prepare for a planned fight with David Haye in 2013. That bout would never happen as Haye withdrew with injury.

During their sparring, Whyte claims that he dropped Fury twice - which promoted the heavyweight to mentally break down. And he also says Fury's trainer, who at the time should have been uncle Peter Fury, verbally blasted Tyson for the emotional outburst.

“He was getting ready to fight David Haye and obviously, his trainer at the time was trying to get him to walk me down and pressure me like he would Haye, and he was frustrated that day because I kept hitting him, countering him and dropping him,” Whyte explained to Talk Sport.

“I dropped him twice that day. So he was just frustrated and he was sobbing. And then his coach cussed him and said ‘listen, if that’s what you’re doing here now, David Haye is going to knock you out so get up and get on with it.'”

kiss and tell stories, whites a slag. Whythe must also tell sparring stories of no names beating him in sparring

[QUOTE=PBR Streetgang;20638341]I feel like Whyte has a training camp story where he busted up and dropped every heavyweight that has walked this earth. Next we will be hearing about the time he made Sonny Liston quit mid-round in sparring. Maybe…

[QUOTE=LoadedWraps;20644339]So you'd pick Whyte to beat Fury? 😭[/QUOTE] No. But this is one of those fights where the world can be shocked. Whyte has been severely underestimated by everyone because of the general feeling is he's overrated and doesn't deserve…

[QUOTE=Monzon99;20644270]Again. Whyte would have gotten around $6m to fight AJ with no belt. IF he beats Wilder for the WBC like he knows he will easily, he gets what Wilder was demanding, around $100m to unify with AJ. Whyte knows…