Kids become sports fans at a young age and carry that passion with them throughout their lives. (photo by Victoria_Borodinova)

But boxing has an old look. Three of its most recognizable personalities in the United States are Don King (age 88), Michael Buffer (75), and George Foreman (71). And boxing doesn't attract young fans to the extent that other sports do.

By "young," I'm not talking about the 18-to-49 age demographic coveted by advertisers. I'm talking about age twelve and under, when lifelong allegiances to sports are formed. Except for inroads in the Hispanic community, boxing's fan base among preadolescent youngsters is minimal. That hurts it down the road in terms of total followers.

Years ago, boxing was ingrained in the fabric of America. Jack Johnson, Joe Louis, and Muhammad Ali had a huge impact on society. Fighters like Jack Dempsey, Rocky Marciano, and Sugar Ray Robinson were icons long before their ring careers came to an end.

What's boxing's problem when it comes to attracting young fans? Actually, it has quite a few problems.

(1) Kids don't play boxing like they play other sports, so they're less likely to become fans. Kids play baseball, football, and basketball on the street, in backyards, in parks. Not so for boxing. A recent article in the New York Times reported that an estimated 45 million children in the United States play sports on club teams and in youth leagues. Virtually none of these children box. A lot of them play soccer, which is why soccer now has the youngest TV-viewer demographic of any major sport.

(2) Kids don't go to boxing matches as part of a community when they're growing up. They go to school football and basketball games and other events that make them feel as though they belong to a larger group. 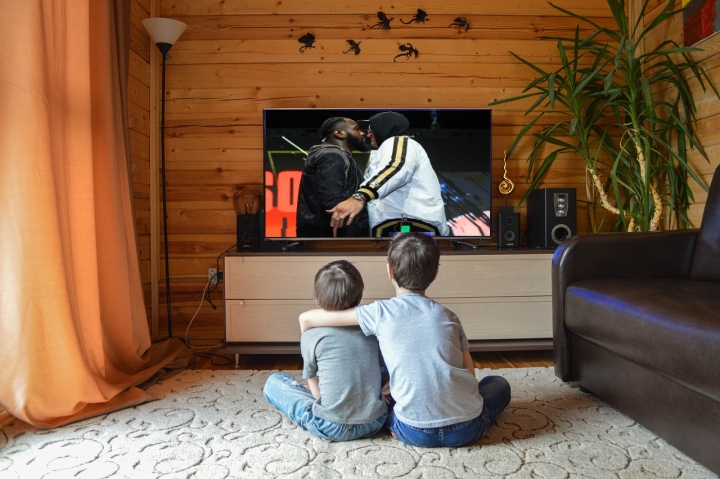 (4) There are no teams or leagues in boxing for kids to follow and keep them engaged on a regular basis. This also means there are virtually no rivalries that kids grow up with and experience year after year.

(5) The most attractive fights (the ones that would be most likely to turn kids into fans) are on pay-per-view. Viewers have to spend money or break the law to watch them. It's ironic that boxing - the most egalitarian of all sports - is elitist in limiting access to its flagship events. "It's a rich man sport," George Foreman says. "Nothing we can do about it. The fact is that it's too expensive."

(6) Boxing's most attractive fights are on TV too late at night for kids to watch them. In the 1970s and '80s, good fights were televised on weekend afternoons on a regular basis. Now most big fights are contested well past kids' bedtime. World Series games don't start after midnight eastern time. The Super Bowl and NBA Championship games don't start after midnight eastern time. Most college and professional football games are contested on Saturday and Sunday afternoon.

(7) Most professional sports have programs that reach out to kids at an entry level, encouraging them to participate in and watch the sport. Boxing doesn't have that. Indeed, boxing, unlike most major sports, doesn't have a coordinated industry-wide strategy to attract fans at any level. There's no centralized organization that says, "We're in this together for the long haul, so let's invest in a unified way and build a fan base for the future." Instead, most people in boxing do what they can to advance their own narrow interests and trash everyone else.

(8) The triggers for child awareness have moved from television to personal computers, tablets, and smartphones. Boxing has lagged behind other sports in exploiting this change. The NBA was promoting NBA.com long before other sports understood the power of the internet. The NFL has NFL.com and a host of sophisticated social media interactions as well as Fantasy Football. Boxing has a bunch of networks and promoters with competing websites that are run as though other networks and promoters don't exist. Similarly, sports video games introduce kids to sports and create new fans. EA Sports sells video games for a wide variety of sports including the wildly successful John Madden NFL video game. The last boxing video game that EA Sports released was Fight Night Champion nine years ago.

(9) Kids know when they're being entertained. Even clueless kids know when they're being entertained. And boxing doesn't entertain them. The average boxing card consists of blow-out undercard fights that pit prospects against hopeless underdogs. Then there's a main event that's often the equivalent of a football game between Ohio State and Indiana (or Ohio State vs. Akron if the kids are unlucky).

(10) Kids get off on champions. Real champions. And boxing lacks recognizable champions. Instead, kids are told that a fighter is great because he's getting "X" dollars for his next fight and a fight is expected to do "Y" pay-per-view buys. Boxing fans know that Canelo Alvarez signed an eleven-fight $365 million deal with DAZN. They know that Wilder-Fury II needed roughly 1.2 million buys for the promotion to break even and that it fell almost 400,000 buys short of that goal. How many fans know or care what LeBron James's salary is or how many viewers watched the NBA Championship Finals last year? Boxing has to restore legitimacy to the term "champion."

(11) Athletes in major sports have endorsement deals with advertising campaigns built around them. Many of these ad campaigns are aimed at young viewers. These deals are virtually non-existent in boxing.

(12) Sports, unlike most forms of entertainment such as music and movies, are handed down from generation to generation. Boxing, alone among professional sports, uses bad behavior as a major marketing tool. This causes some parents to steer their children away from boxing as a spectator sport.

Boxing can do something about some of these issues. Others are beyond its control. Some of the issues relate both to children and older viewers. As a start, the powers that be might schedule some big fights when kids can watch them.

Thomas Hauser's email address is [email protected]. His most recent book – A Dangerous Journey: Another Year Inside Boxing  – was published by the University of Arkansas Press. In 2004, the Boxing Writers Association of America honored Hauser with the Nat Fleischer Award for career excellence in boxing journalism. He will be inducted into the International Boxing Hall of Fame with the Class of 2020.

well for starters all this new guys are suddenly "great" because they have more followers on social media, the fighters who needs to fight don't fight each other but instead fight opponents the people know already they gonna beat, buncha…

[QUOTE=Yodpayak;20547694]. There is also an important fact the author missed: people want Mike Tyson but boxing media tries to give them Mayweather. Most men dont care about how much skill the very defensive fighter has, kids never will. Kids want…

Because some of the judges decisions are so outlandish boxing has a reputation of being corrupt.

Let's face it boxing as a sport is great but as a business it sucks. When you're 12 you want to root for your team and how do you do that when the top guys fight 2X a year? Also…

Since when did boxing attract solely kids? People can die in the ring, [B][U]this is not Disney land.[/U][/B] Look back at the history of boxing, LOOK who was turning up to all of the big events 'Mobsters, prestigious movie stars,…