Former unified cruiserweight world champion Murat Gassiev (26-1, 19 KOs) is about to make his heavyweight debut in his first competitive fight in more than two years.

Gassiev, 27, seems fit for a new weight class as he has weighed in at a solid 230.6 pounds. His Saturday opponent Nuri “The Albanian Tyson” Seferi (41-9, 23 KOs), also a former cruiserweight, tipped the scales a shade lighter at 225.1. 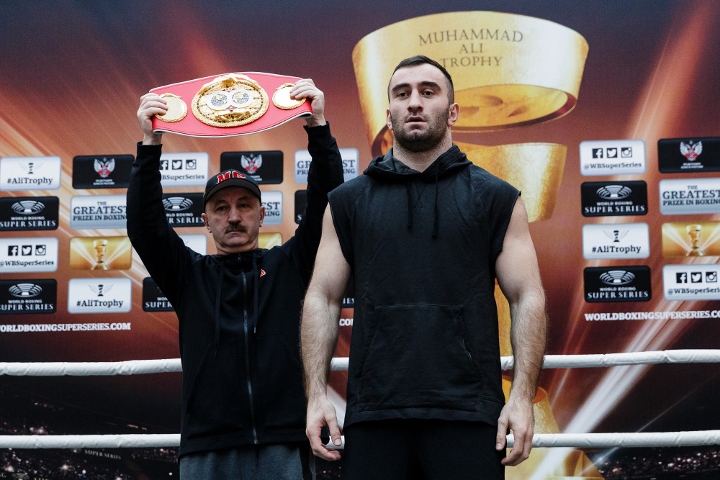 Gassiev vs. Seferi headlines a huge night of action at the WOW Arena in Krasnaya Polyana, Sochi, which will be aired by the REN-TV channel, starting at 10 PM LT. Murat Gassiev was last seen in the ring in July 2018, while losing to Oleksandre Usyk in the WBSS cruiserweight Season 1 Finale. Seferi is 2-0, 1 KO, during that period.

Also constituting the televised part of the card is a pair of other bouts. Light middleweight Edgar Gukasyan (7-2, 3 KOs) will duke it out against Tanzanian Emmanuel Amos (15-3-1, 8 KOs) over eight. And hulking heavyweight Arslan Iallyev (10-0, 5 KOs) will test his skills versus Argentinean Ariel Esteban Bracamonte (9-5, 5 KOs) over ten.

[QUOTE=LA_2_Vegas;20849778]The top guys yes, but he isn't there yet. He should be a bit quicker than a lot of the guys he has to face working his way up there - there are plenty of slothy HW's out there, the…

waited an awful long time for that ...that was embarrassing

[QUOTE=LA_2_Vegas;20849643]Interested to see how far he can go; accomplished fighter trying to test himself at HW. These CW's, even a Gassiev, should bring a little more handspeed and overall competency to the division. I didn't realize he's been out 2…