'Sugar' Ray Robinson reminded the boxing world why he is considered by many in the industry as the best to ever do it.

Robinson scored the lone knockdown of the simulated bout, a right hand which put Vargas down and out at the end of round five.

Robinson established his dominance literally from the opening bell, landing a right hand to stagger Vargas mere seconds into the bout. From there, the disparity in skill level was apparent as Robinson continued to score in combination punching while Vargas struggled to find his range and was forced to contend with a cut under his left eye at the end of the round. 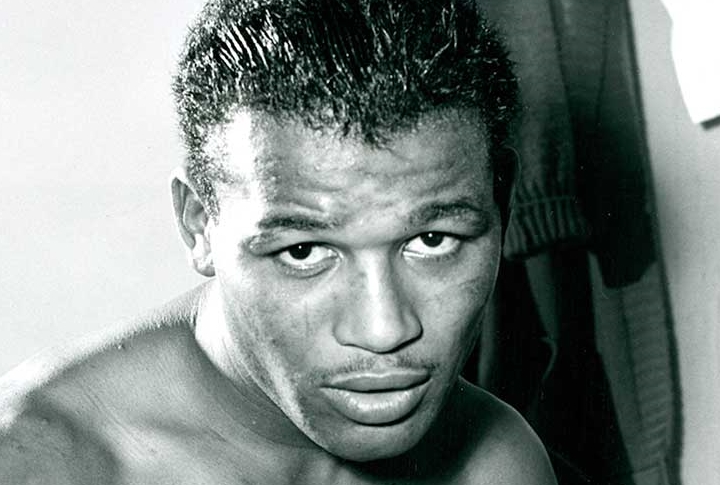 Vargas made his presence felt in round two, the former multi-time junior middleweight titlist connecting with a crisp left hook. Robinson took the shot well, although he was forced to stop punching for the first time in the fight. The sequence gave Vargas confidence to open up his attack, although it nearly cost him towards the end of the frame. Robinson went on the attack in the closing seconds of the round, though Vargas was able to block most of the incoming.

Robinson carried that momentum into round three, landing a fusillade of power shots. Vargas managed to push past the attack to score with an uppercut, to which Robinson responded before the two traded at center ring. Robinson seized control down the stretch, working his jab and following with right hands. Vargas responded with a right hand of his own, leaving Robinson with a cut of his own under his left eye.

A series of crushing right hands landed on the chin of Vargas in the first minute of round four, though somehow remaining on his feet. The California native rode out the storm and managed to pin Robinson along the ropes, even if not enjoying much success while there. Robinson brought the fight back to center ring, landing right hands while steadily working his jab.

The fluid combinations were well reflected on Vargas’ physical makeup, as his left eye was nearly swollen shut prior to the start of round five. Robinson looked to close the show, landing several left hooks but leaving himself open for a right hand and left hook which snapped back his head. Vargas was rocked midway through the round, a left hook leaving him on wobbly legs. Somehow, he remained upright during the attack but would eventually find his way to the canvas courtesy of a right hand upstairs.

The shot along with the subsequent damage absorbed was enough to put him down and out for the night.

Robinson was ahead 40-36 on all three scorecards at the time of the stoppage.

With the win, the legendary all-time pound-for-pound king will wait out the other side of the bracket to see whom he will face in Friday’s semifinals. Robinson will square off the winner between Marvelous Marvin Hagler and Kelly Pavlik, who collide on Tuesday.

A expected result. Next. :boxing:

[QUOTE=Thebrownbear;20488926]This is a joke. Have loved(and hated) boxing for well over sixty years. At that I was too young to have seen him fight live. A wealthy friend invited me over to see a Robinson film archive he had acquired…

Robinson should win it all.

Fernando Vargas??? What's next Hagler vs Gabe Rosado? OHH what a tournament.

This is a joke. Have loved(and hated) boxing for well over sixty years. At that I was too young to have seen him fight live. A wealthy friend invited me over to see a Robinson film archive he had acquired…