Muhammad Ali is one win away from bolstering his claim as ‘The Greatest.’

The only three-time lineal heavyweight champion in boxing history effortlessly dismantled longtime rival and replacement Sonny Liston in five rounds Friday afternoon, live from Thomas & Mack Center in Las Vegas, Nevada. Ali scored three knockdowns, the last of which put Liston down and out for the night in the semifinal round of the eWBSS (World Boxing Super Series) Heavyweight Legends Tournament.

Liston entered as a late replacement for Joe Frazier, who previously advanced to the semifinals following a knockout win over Lennox Lewis earlier this week. Frazier was unable to proceed with a planned fourth fight with Ali due to undisclosed reasons, creating the opportunity for Liston to prove third time’s a charm in his long-running series with Louisville’s Ali.

It wasn’t, nor was it even close. 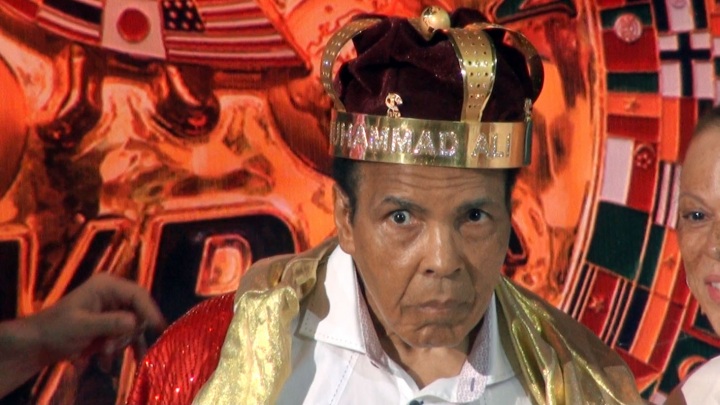 The third fight between former heavyweight champions lacked the controversy of its predecessors. Absent was any in-corner drama, suspicions of taking a dive or any other outside influence. Instead, it came down to Ali being full prepared for the e-moment, and Liston performing like a fighter who was thrust onto the scene on limited notice as his struggles were evident from the opening bell and throughout the first round.

Ali’s superior hand speed and overall skill set was on full display in round two. Liston struggled to keep pace, walking into Ali’s jab which was followed up by a right uppercut to send the St. Louis-bred heavyweight sprawling to the canvas. The former heavyweight champion beat the count but struggled to find that one telling blow to turn momentum.

More of the same followed in round three, sans the knockdowns but only leaving Liston open to more damage. Ali continued to land in combination, befuddling Liston who was in bad shape midway through the round before recuperating well enough to land a right hand to the body.

Liston was floored once again, this time in round four and barely making it back to his feet. Ali went right back to work, keeping his distance and picking apart his heated rival from the outside as he remained in full control of the contest.

Ali emphatically closed the show in round five, having simply beaten the fight out of Liston by that point. A series of left hands scored for the former three-time heavyweight king, but it was a right hand which rocked Liston and proved to serve as the beginning of the end.

Another right hand found its way to Liston’s chin before a left uppercut put him on the canvas for a third time. It was enough to close the show, coming in the closing seconds of round five.

Ali led 40-34 on all three scorecards, well in line with the one-sided nature of the makeshift semifinal bout. The win is third knockout over Liston in as many fights in their heavyweight series. Ali claimed his first heavyweight championship with a 6th round stoppage of Liston in their first fight, followed by his first title defense which came in the form of their iconic rematch in which Ali scored a 1st round stoppage. The outspoken legend went on to lay claim the World heavyweight championship twice more over the course of his incredible career, and now moves within one win of claiming the tournament trophy already bearing his name.

Awaiting one of the greatest boxers in history is the winner of the other remaining semifinal bout. George Foreman and Mike Tyson will collide on Saturday to determine who gets to face Ali in the eWBSS tournament final on Sunday, March 29.

[QUOTE=NachoMan;20484820]Haha, no sweat. I've done exactly the same thing here. Sarcasm oozes from every corner here.[/QUOTE] Thank you for the introductions, NachoMan! And for the apologies, Oregonian! Anyway, I was wrong. Ali did beat Liston... once.

[QUOTE=pittapatta66;20484639]if i fucced my sister that wouldnt make me queer doe...dumbass. besides, i only have sisters in faith so more pu$$y for me i guess... stopped reading at "I'd love to see you try to lay a finger on me"…