The biggest mismatch in the quarterfinal round played out as expected.

Mike Tyson stormed into the semifinal round of the e-World Boxing Super Series (WBSS) Heavyweight Legends Tournament following a 2nd round knockout of Eric “Butterbean” Esch in their quarterfinal pairing Wednesday at New York Arena in New York City.

Tyson scored three knockdowns in a little more than three minutes of action, the last of which put Esch down and done for the night in the opening seconds of round two. 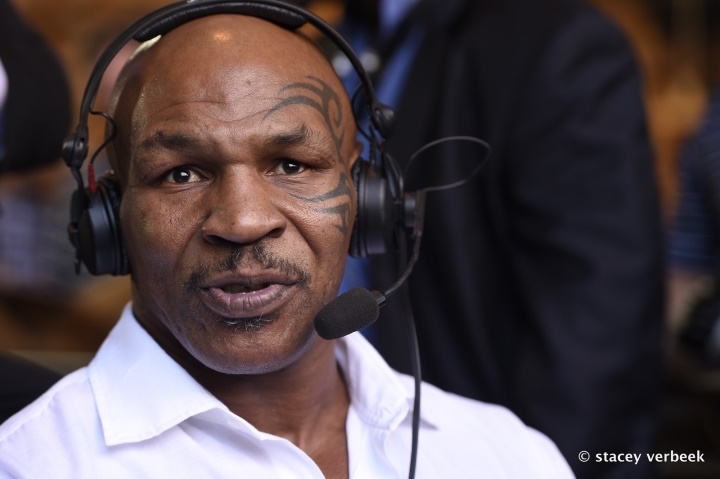 Defense was strictly a rumor in the brief affair. Tyson willingly walked through any of the incoming from Esch, a former toughman competitor turned heavyweight journeyman from Jasper, Alabama. Right hand shots from Esch landed upstairs, merely leaving the midsection of his 400-pound frame exposed to brutal body shots from Tyson.

A left hook downstairs sent Esch to the canvas midway through round one. He beat the count, but was floored mere moments later courtesy of a right hand to the temple.

Tyson didn’t waste any time in closing the show, going right on the attack at the start of round two. A left hook crashed across Esch’s chin, followed by a right hand. The sequence was followed by a double left hook combo, one downstairs before coming up top to produce the bout’s third and final knockdown. Esch did his best to beat the count, but fell back to the canvas in prompting the stoppage.

With the win, Tyson will now wait out the final quarterfinal bout to determine his opponent in the semifinal round. The former World heavyweight champion and two-tour titlist will next face the winner of Thursday’s bout between former two-time lineal champion George Foreman and former cruiserweight king and heavyweight title claimant David Haye.

The winners will meet in the semifinal round on Saturday to determine who will advance to the eWBSS tournament final on Sunday, March 29.

The other side of the bracket is set, with Muhammad Ali and Joe Frazier meeting for a fourth time on Friday.

Wednesday’s bout streamed live on WBSS’ social media channels, as will the tournament as a whole.

A mystery huge mismatch at best but funny. :boxing:

[QUOTE=jonnyc420;20480740]Been playing Round 2, busted out the ps2 from storage since no boxing.[/QUOTE] Great game has my favourite roster, I usually played as Floyd in career turned him into an offensive fighter. Bulked him up n chit.

I'd like to something a bit more realistic such as could of should of be featured. There's plenty of them to choose from. Heavyweights Larry Holmes Vs Gerry Coetzee & George Foreman, Lennox Lewis/Riddick Bowe. John Conteh/Victor Gallindez, (175Lb). Ricky…