Marvelous Marvin Hagler enjoyed a far more favorable showing than was the case the last time he played Las Vegas.

The former World middleweight champion came up big in the quarterfinal round of the eWBSS (World Boxing Super Series) Middleweight Legends tournament, blasting out a determined Kelly Pavlik in eight rounds Tuesday afternoon at the MGM Grand Garden Arena in Las Vegas, Nevada.

Hagler was well prepared for Pavlik’s anticipated strong start, in stark contrast to his last trip to Vegas. The legendary southpaw got off to a slow start versus Sugar Ray Leonard, costing him on the scorecards and ending his near-seven year championship reign at the end of their April 1987 classic superfight. Pavlik was holding his own with one of the greatest middleweights in boxing history, but forced to contend with a cut high above his right cheek. 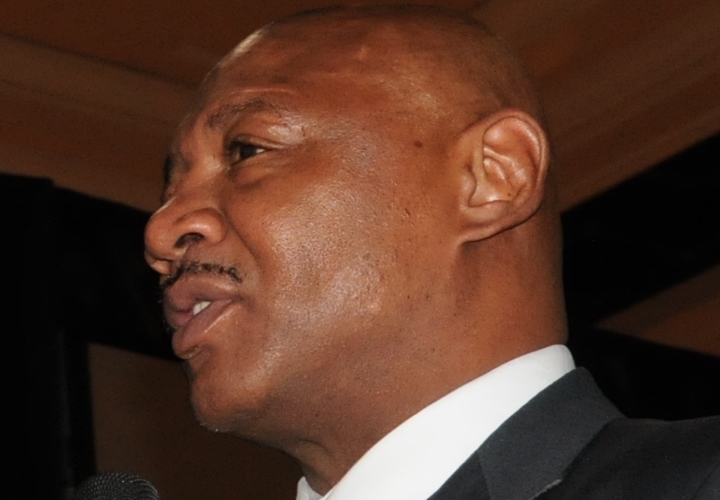 Still, the Youngstown, Ohio product continued to force a frenetic pace in round two. Several right hands landed for the taller Pavlik, leaving Hagler on the defensive but able to handle the incoming and fire back with sharp straight lefts. Pavlik rode out a late round surge to score with a right hand and uppercut, but now had a cut under his left eye.

Hagler was not without his wounds, also boasting a small nick below his left eye. The sight of his own blood merely served as motivation, as the Brockton, Massachusetts-based southpaw took the fight to Pavlik. His bold strategy paid dividends, as a crushing left hand sent Pavlik to the canvas midway through the round. Hagler didn’t let up, continuing to target his opponent’s cuts and landing with heavy artillery upstairs.

The middle rounds saw plenty of give-and-take, a testament to Pavlik’s fighting will. His turnaround was reminiscent of his climbing off the canvas to eventually drop and stop Jermain Taylor to claim the middleweight championship in September 2007. His 2 ½ year reign was largely uneven, never quite recapturing the magic created in Atlantic City the night he became champ and his reign ending with a 12-round loss to Sergio Martinez in 2010.

Still, the best of Pavlik—in particular, his fighting heart—was on display at the MGM. Hagler was relentless in his attack, but had to absorb an alarming number of right hands and left hooks to reach his destination. By the second half of the fight, however, it was Pavlik who was charging forward and landing the more telling blows. Right hands continued to serve as his bread and butter, along with left hooks landing over the top.

Hagler managed to stall the rally in a big way in round eight. A left uppercut caught Pavlik just under his chin, snapping back his head and sending him to the canvas. Pavlik tried in vain to make it to his feet, but collapsed to all fours as the referee reached the count of ten.

The back and forth action prior to that point was well-reflected on the scorecards. Hagler was ahead 67-65 in the eyes of two judges, while the third judge had it 66-66 even at the time of the stoppage.

Hagler will now go on to the tournament semifinals on Friday. Awaiting him will be fellow all-time great—and arguably the very best ever to lace ‘em up—in ‘Sugar’ Ray Robinson, who stopped Fernando Vargas in five rounds in the tournament’s first bout on Monday.

The winner will advance to Sunday’s finale.

[QUOTE=UNBANNED;20491289]They were just meaner. Wanted to win and had a real edge..it wasn't just a job. It was pride also and it meant a lot in the 80s[/QUOTE] Yea, they trained for war. There isn't the same intensity now, or…

Guys the fights are simulated on PS3’s fight night champion. I love the game but it is by no means accurate. Also they did get licenses for a lot of fighters but are obviously missing some of the best which…

[QUOTE=Mick Higgs;20491277]I know it's all hypothetical clap trap, but I'd sure like to have seen Monzon Vs Hagler in there prime's. BTW Is this a computerised thing like the Marciano/Ali fantasy, or just a few blokes opinions?[/QUOTE] Monzon-Hagler would have…

[QUOTE=Mick Higgs;20491277]I know it's all hypothetical clap trap, but I'd sure like to have seen Monzon Vs Hagler in there prime's. BTW Is this a computerised thing like the Marciano/Ali fantasy, or just a few blokes opinions?[/QUOTE] Knowing Breadman it's…