"WBC withdraws it’s sanctioning of the Briedis vs Glowacki fight. The administrators of the World Boxing Super Series tournament have failed to maintain  the integrity of the bout, and have disregarded the WBC rules and regulations," Sulaiman stated.

"The WBC strongly rejects  the unfortunate discrimination and abuse of power that has been directed against the integrity of our institution. The WBC will evaluate its continuing  participation in the remaining WBSS bouts in Season II, and will announce its decision soon." 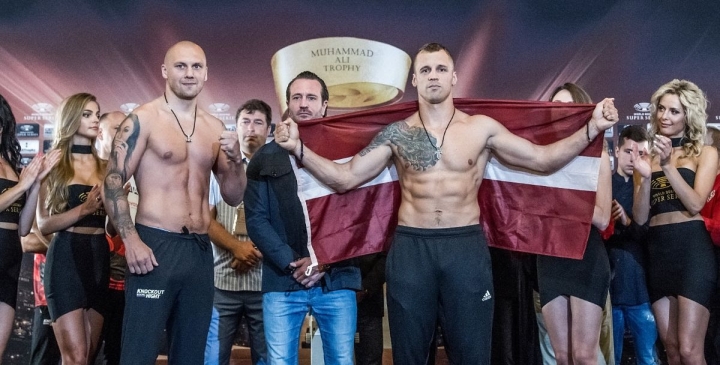 The two boxers were scheduled to battle for the WBC's vacant cruiserweight crown.

The belt became vacant when unified champion Oleksandr Usyk made a decision to move up to the heavyweight division.

Glowacki already holds the WBO world title, so the contest will still have a world title at stake.

Ironically, Glowacki and Briedis have one defeat on their individual records - and both of those defeats came at the hands of Usyk.

WBC and WBO are corrupt as ****. Just call them the PBC and TR/Warren championships already.

[QUOTE=clickclackBANG!;19832514]Your girl is a hoe[/QUOTE] I know you know I got hoes! PIMPS UP, tell your mother I want my money!

[QUOTE=clickclackBANG!;19832456]Im laughing cus you a sucka, imagine posting on here 12 thousand times. Get yourself a job bum squad, instead of suckin off next man on a forum[/QUOTE] I post 3.99 post a day, but my voice is powerful. Case…