That highly entertaining and competitive match resulted in a split technical decision. Unfortunately, the fight ended via a stoppage during the actions of the 10th round, due to the severity of a cut Dirrell sustained as a result of an accidental head butt. 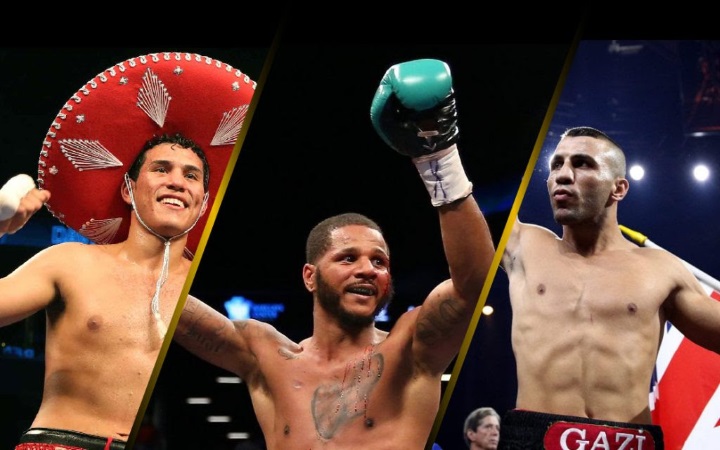 One of the stipulations of the Dirrell vs. Yildirim fight was that that the winner of that fight would be obligated to fight David Benavidez next. Benavidez is fighting tomorrow on a 10-round bout.

Recently, WBC President, Mauricio Sulaiman met David Benavidez and his team in Dallas. Benavidez has complied with all the terms and conditions of the WBC Ruling regarding his adverse finding of last year in connection with his participation in the WBC Clean Boxing Program.

David Benavidez has also submitted to the WBC his position in writing regarding his rights in the division.

On Monday, March 18, after Benavidez´s fight, the WBC will begin the WBC Board of Governors' voting process. That process will result in a WBC Ruling sorting out the division's status, and which the WBC will publish soon after the voting process is concluded.

[QUOTE=Fabes88;19586898]Not just any belt. The most prestigious one.[/QUOTE] I used to think so. Now they will make a new belt for any occasion

The WBC title situation @ 168Lb appears to be in 100% total confusion. It's not that long ago that they made an announcement that the champion had to fight the so called (Diamond champion) Callum Smith "next". What the bloody…

[QUOTE=wrecksracer;19586092]WBC? Why don't they just make belts for all of them?[/QUOTE] Not just any belt. The most prestigious one.

[quote=daggum;19586636]what are your thoughts on china and india? They must really be garbage! Please be as derogatory as possible[/quote] this shet made my night!! Thank you.

It doesn't matter how big the population is in Turkey if they are not a boxing nation which they are not. That explains why they have not had a world champion boxer in any division.