WBC Reveal Four Fights in The Running For The "Mayan Belt"

In May for Cinco De Mayo weekend, and in September during Mexican Independence Day weekend, the World Boxing Council have made it a tradition to issue commemorative belts for certain high profile fights.

On May 4th, Saul "Canelo" Alvarez and Daniel Jacobs collided for the Mayan belt - which the WBC explain is a "unique masterpiece which symbolically represents the eighteen centuries of Mayan Culture in the Year of the Mayans."

The sanctioning body had planned to issue another Mayan belt, for the September return of Canelo.

But that plan went out the window when Canelo announced that he was rescheduling his return to either November or December.

Due to that announcement, the WBC has revealed that there are four potential bouts in the running to fight for the Mayan belt, and they have asked fans to help them select a winner. 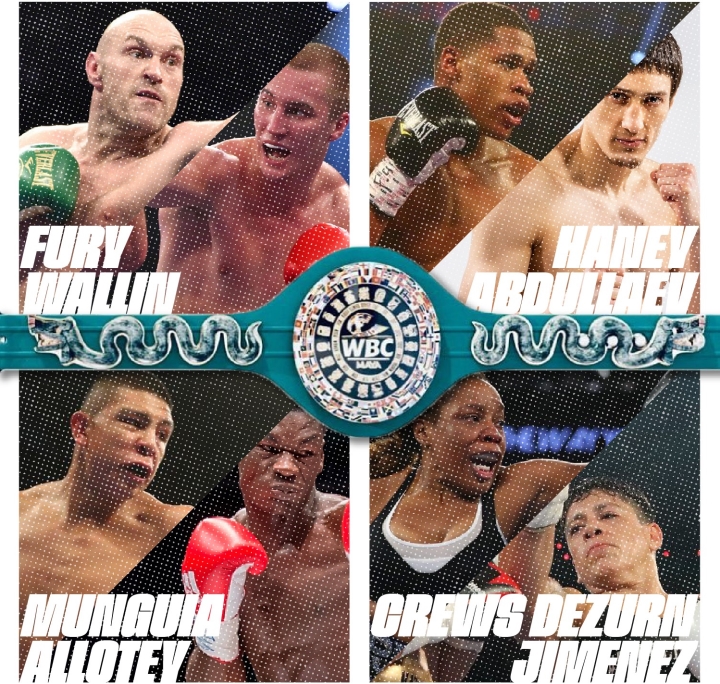 obviously munguia is going to get it..LMAO ..what a joke

In my humble opinion, the 4 fights don't make sense for this commemorative belt. I know Jaime is Mexican and he going to fight in September 14, but that fight is a mismatch and don't merit this belt. My advise…

Why do they keep making these trophy like belts?