WBC Prez Views Canelo vs. Spence as Mega-Fight in Future

World Boxing Council President Mauricio Sulaiman is very excited about the upcoming event on Saturday, December 19, at the AT&T Stadium in Arlington, Texas.

In the co-feature, a potential all-Mexican war will play out between flyweight fighters Julio Cesar “Rey” Martinez and Jose Francisco Rodriguez. 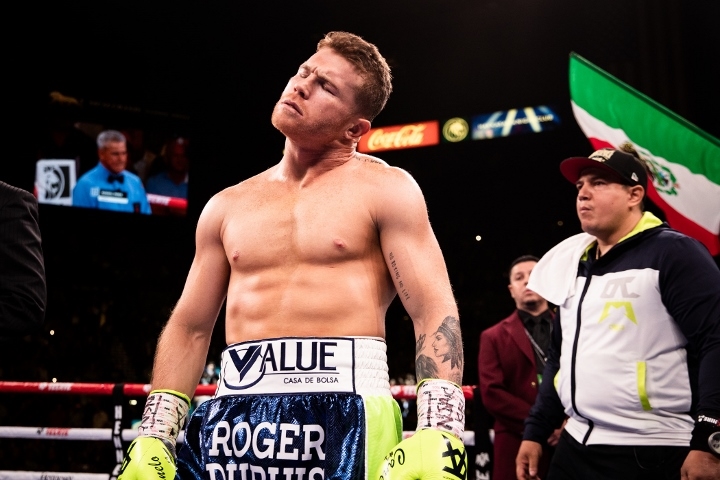 Sulaiman believes Canelo is facing a very dangerous opponent in Smith. He regards that match as the perfect fight to cap off 2020.

"This is what we need, to have this year end on a note of inspiration. I am sure that Canelo and Callum will deliver everything in the ring to give us an emotional close to the year and set the tone to start 2021, the year of the celebration of boxing for the WBC," Sulaiman told Jose Luis Camarillo.

“[Canelo] is the force that moves boxing, he is the greatest attraction, the best pound for pound fighter. Canelo has been associated with the WBC for many years, going through the whole process: Latin champion, world youth, continental, NABF, silver, and world super welterweight and middleweight.

Spence has mentioned Canelo as a potential opponent in the future - and Sulaiman loves the idea of that fight.

“If Canelo were to fight Spence at Cowboys Stadium , the roof would need to be opened, all the seats would be filled up, there would be people standing. Canelo is a small fighter, he can easily make the middleweight limit and even go down a little more, and Spence can come up. I'm not ruling out that possibility and it would be great," Sulaiman said.

[QUOTE=No lie;20932418]Why would canelo do that Spence should move up Spence the one calling canelos name[/QUOTE] ——— ... and that’s exactly what I remind people who say Floyd asked for a catchweight when he fought Canelo. Canelo beat Cintron then…

[QUOTE=Boxing Scene;20928842]Never beterbiev. He's scared ****less of a real challenge[/QUOTE] I knew you’d agree that Canelo looked great against GGG, Jacobs, Kovalev. Yes Beterbiev is a fight for us real Canelo fans. Glad to see you have genuine interest too.…

[QUOTE=Luilun;20931367]6 pack after cutting weight he's 5 foot 9 190 is normal weight for that height so it's not fat[/QUOTE] Spence before fighting mikey and porter would walk around with a beer belly No way was he in shape before…

[QUOTE=champion4ever;20931427]Perhaps, if Canelo Alvarez agree to fight Erroll Spence at a catchweight of a 164 lbs.[/QUOTE] Why would canelo do that Spence should move up Spence the one calling canelos name

Perhaps, if Canelo Alvarez agree to fight Erroll Spence at a catchweight of a 164 lbs.