WBC Prez Reacts To Bridgerweight Backlash: This is Not a Fan Club!

World Boxing Council President Mauricio Sulaiman has been blasted all over social media by fans and boxing experts alike - over his decision to create a new weight division called "bridgerweight."

The weight class would be situated between cruiserweight and heavyweight, with a division limit of 200-224.

The division's name was inspired by six-year-old Bridger Walker, who earlier this year risked his life to save his younger sister from a dog attack. Connecting a near tragedy to a weight division that will generate money for the WBC with sanctioning fees has also generated backlash from all corners of the world. 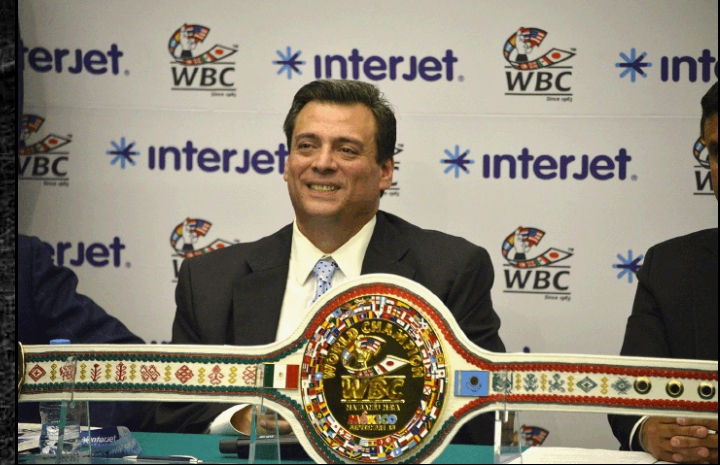 Sulaiman is sticking to his guns and doesn't seem to care about the countless thousands who are boycotting the move.

"This is not a fan club where someone is looking to be popular. They are attacking something new without studying it, arguing that there would be more income [from sanctioning fees] and saying that this is the only reason [we created this division]," said Sulaiman.

"The heavyweight division cannot be touched, so an intermediate is created for that universe of boxers who could fight on even terms, to have a chance to win. A boxer under 215-220 pounds, who faces a good heavyweight, that is very complicated for them.

"The current champions, Tyson Fury is over 270 pounds, Anthony Joshua at 255, they are at a high level with their muscle mass, their weight, but there is a universe of boxers between cruiser and heavyweight, who now can find opportunities to have fights of great interest.

"There are a lot of good fighters [that can compete at that weight class] and it's a great opportunity to see them without giving away a big advantage to someone who is 260-270 pounds. The study that we have done, over the course of many years, creates something interesting as a means of ensuring the safety of the fighters."

[QUOTE=factsarenice;20879282]Just a matter of time before there is a interim, super and franchise version of that piece of crap. Sulaiman has no shame.[/QUOTE] Commemorated by the beautiful WBC Bridgerweight Huichol belt.

Like I said before, a weight class between CW and HW has been in need for a long time now. Ignoring weight disadvantages at HW because both fighters are “big and tall” os crazy. Weight advantages seems to disappear in…

WeBeCorrupt (WBC) has made a new belt for deontayduckus wilderquackus...a participation trophy if you will....bunch of snowflakes ...melting under pressure the whole lot at PBC and Suleman