WBC Prez: As Part of Gender Equality Project, All Belts Now The Same

At the closing of the 58th convention of the World Boxing Council, the president of the organization, Mauricio Sulaiman, announced that as part of the gender equality project, they will deliver the same belts to their champions in the men's and women's branches from this point forward.

The new direction began on Saturday, August 15. The new women's belts have now discarded any details colored in pink, and the word 'female' will be removed from all titles. 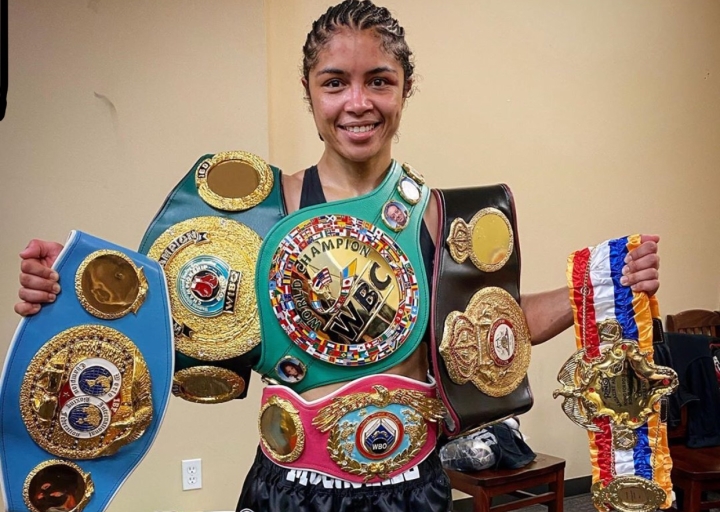 The first belt awarded as part of this project, went to Jessica McCaskill, who shocked longtime champion Cecilia Braekhus with a ten round unanimous decision in Tulsa.

“It is the first belt for women that does not have the inscription of 'female'. The women asked for this show of fairness, and now each of our champions will receive this exact belt. Usually the belt for them was smaller, with the design of a flower, details in pink, but we've heard from them and now the belt is exactly the same as that of the male branch," said Sulaimán, according to ESPN Deportes.

In the same manner, Sulaimán stressed that the boxing community must adapt to the use of technology, just as they were forced to hold the entire annual convention virtually because of the impossibility of meeting in person due to the coronavirus pandemic.

“Without a doubt, technology is here to stay. It is opening our eyes to everything, it is making us innovate for the benefit of everyone through the use of remote judges, instant replay, communication between supervisors and officials participating in events.... holding events, purse bids will be this way as well. Efficient training can be given for officials, coaches, supervisors, and the great possibility of doing boxing functions for small promoters," added Sulaiman.

[QUOTE=chicken-;20711294]They are champs...in women's boxing. They would get beaten by amateur male boxers. Why should they have a belt with Muhammad Ali on it instead of Layla Ali? Women and Men are not equal, or comparable in boxing or most…

[QUOTE=_Rexy_;20710595]Sounds good. They’re champs, so don’t give them a bull**** sunflower belt. That said, I do like the blue IBF that the ladies get.[/QUOTE] They are champs...in women's boxing. They would get beaten by amateur male boxers. Why should they…

Great but why don't they take Sulaiman's mug off it too?