Following the announcement made by Oscar Valdez, that he was vacating the WBO featherweight title and climbing up to the 130 pounds, the boxer explained that he was very open to the possibility of fighting WBC super featherweight Miguel Berchelt.

The fight is already being considered, as both boxers are fighting under the banner of Top Rank - and the President of the WBC, Mauricio Sulaimán, has commented that it would be an amazing fight between two Mexican warriors.

In an interview with journalist Osiris Méndez, Mauricio commented: “It would be a great fight, starring two Mexicans who are at the top of their profession.  I feel that it would be formidable for boxing to see them competing in the ring. Valdez is welcome to fight for the belt with open arms. He has always been very close to the WBC since he was an amateur and we wish him the best.”

The two-time Mexican Olympian (26-0, 20 KOs) has already notched six defenses of his featherweight crown. The most recent was in June, when he defeated Jason Sanchez via points, and now he will jump to the super feather division, ambitious to conquer two weight categories.

“Alacrán” Berchelt (36-1, 32 knockouts), has accumulated five successful defenses of his Green and Gold belt since he won it in May 2017, by dethroning Francisco Vargas. 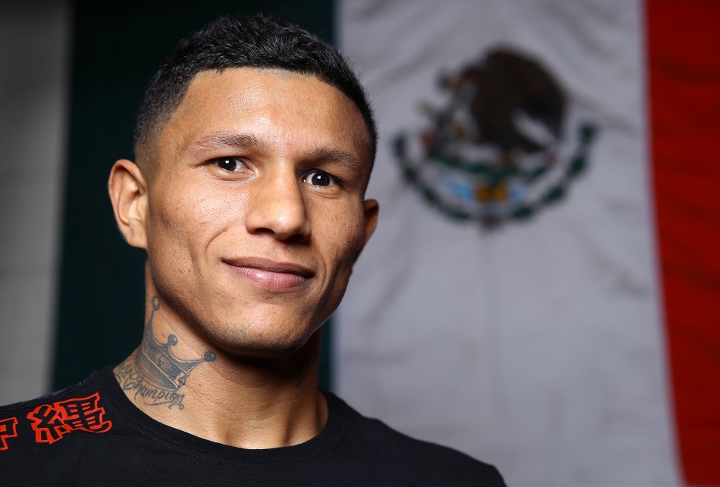 IN OTHER NEWS: At the Ohashi Boxing Gym in Yokohama City, Japan - the undefeated interim world champion of the World Boxing Council, Takuma Inoue completed four sparkling rounds of sparring, and clearly showed that he was in excellent shape.

According to Hideyuki Ohashi, President of Ohashi Boxing Gym of Yokohama and manager of the Inoue brothers, the negotiations with Oubaali are going very well and that by mid-August everything could be concluded.

The talented Takuma Inoue is the younger brother of Naoya Inoue, who is WBA and IBF bantamweight champion.

Nothing but click bait, Valdes will end up against the weakest of the division ,either Cansio or Herring....

[QUOTE=indelible;19982373]Rougher than the night he had with Quigg?[/QUOTE] Yes, I think so. Valdez beat quigg, I don't see him winning this one, although I do think he has a chance - especially if Reynoso continues to improve him.

[QUOTE=tokon;19981572]Great fight for the fans! I see it being a rough night for Valdez though.[/QUOTE] Rougher than the night he had with Quigg?

Mauricio Sulaimán is now (in effect) a manager/match maker and racketeering mafia in the 1940's style. When he wants a new boat he just calls the belt guy and extorts another 1/4 million from some unsuspecting fighter that just got…