You can add the World Boxing Council to the lengthy list of people Billy Joe Saunders has managed to rub the wrong way these days.

The unbeaten two-division and reigning World Boxing Organization (WBO) titlist managed to once again find his ways to the headlines for all the wrong reasons. The latest stems from a now deleted video where England’s Saunders (29-0, 14KOs) instructs men on how to hit their female partner. 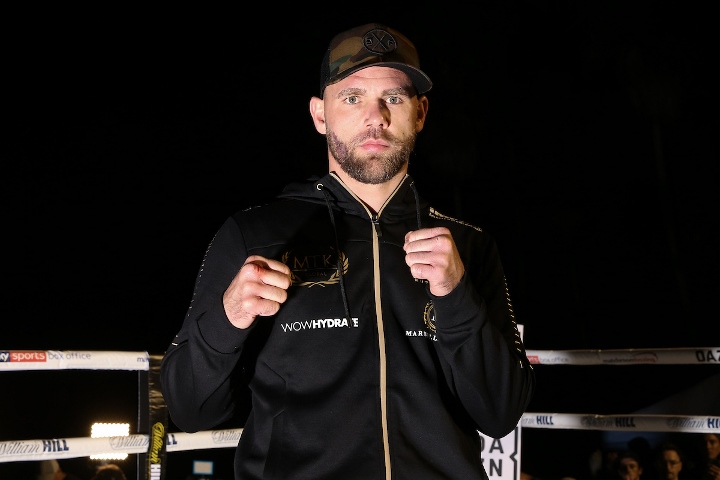 Saunders has since publicly apologized for the incident, for which he has been dressed down by everyone from the general public to his promoter, Eddie Hearn to the British Boxing Board of Control (BBBoC), the latter whom has suspended the boxer’s license pending a full investigation. The matter is being closely monitored by the WBO, with its president Francisco ‘Paco’ Valcárcel immediately condemning the action.

“[Billy] Joe Saunders’ recent actions are unacceptable,” Valcárcel publicly declared. “With his conduct, he failed his family, his friends, and his fans. The WBO will follow the British Boxing Board of Control’s investigation carefully before taking any further action.”

Valcárcel’s sentiment was shared by his WBC counterpart.

“[Domestic violence is] a very sensitive topic,” Mauricio Sulaiman, president of WBC told BoxingScene.com and other reporters during a group panel on Tuesday. “Unbelievable. I read his apology. People who know him, say he is always joking and clowning around.

“There is not a "bad" time for something like that. It’s not that we’re going through this (coronavirus pandemic). There is zero tolerance for abuse of any kind to a woman. To go out and try to make a joke, there is no (place) for it. To go out and do it, make a two-minute video—it’s premeditated.”

The one potential fallout raised from Saunders’ latest in a lengthy list of childish decisions during his adult life is whether it will cost him the biggest opportunity of his career. The British southpaw was signed and sealed for a superfight with three-division champ and pound-for-pound king Saul ‘Canelo’ Alvarez. The two were due to fight in May but that fight along with every other sporting event postponed in the wake of the ongoing coronavirus health crisis.

Once action resumes, there already remains the question of whether the scheduled will allow for the fight to take place. Alvarez is already verbally committed to a third fight with Gennadiy ‘GGG’ Golovkin, with the likelihood of the brass at over-the-top (OTT) media service DAZN deciding to head straight to that fight given the condensed schedule for the balance of the year.

Even if the chance exists to do both fights, Saunders certainly isn’t doing his part to plead his case for this fight—or any other opportunity should this one fall through.

“I believe he’s a good person,” notes Sulaiman. “He’s gonna have a lot of trouble trying to get sympathy from the world. I hope he finds a way to make it up because it was a horrible thing to do and it was unacceptable.”

What he says is right But I don’t think Sulaimán is fit to be anybody’s judge...

[QUOTE=Citizen Koba;20492329]Misogyny is teasing and stringing along a crack whore, offering drugs for a sex act especially when having no intent of following through - ie just to torment and humiliate her [/QUOTE] That episode was an example of BJS…

[QUOTE=kafkod;20492259]What are you referring to there?[/QUOTE] Misogyny is teasing and stringing along a crack whore, offering drugs for a sex act especially when having no intent of following through - ie just to torment and humiliate her - and saying…

[QUOTE=Young Bidness;20492028]I could care less.[/QUOTE] Exactly, you said it yourself, don't get your knickers in a twist pal

[QUOTE=Citizen Koba;20491809]Fair enough, man, I still ain't seeing the funny side. What are your feelings on jokes about lynching black dudes or gassing jews? Guess it's a matter of where you draw the line, huh? I reckon perhaps where you…