WBC Doctor on Canelo: Everything Points To Contamination

The rematch is set to take place on May 5th at the T-Mobile Arena in Las Vegas.

But last week the rematch appeared to be in jeopardy, when it revealed that Canelo had tested positive for low levels of of the banned substance clenbuterol - as part of the drug testing protocol for the Golovkin bout. 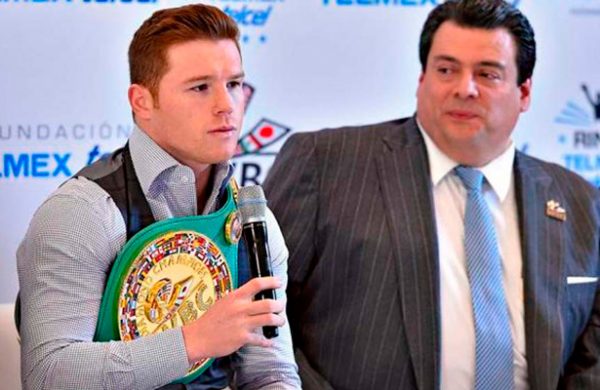 Clenbuteral has been a big issue for athletes in Mexico, due to the country's ongoing problem with contaminated meat.

The drug is often used on cattle to increase their size.

Canelo and his team have claimed food contamination as the root cause for the positive tests. The boxer has taken more recent tests, which came up negative for the drug.

Antonio Fernández Hernandez, who is a doctor for the WBC, has reviewed the facts of the incident and he believes it's clearly a case of food contamination.

At the same time, Hernandez believes Canelo's handlers should have been more careful - especially since the issue of clenbuteral is well known in Mexico.

"Canelo has everything at hand... doctors, nutritionists, a physical trainer, so this is an oversight. The amount [of clenbuteral] they found is very little, it was an accident, a mistake by his team.. because he probably ingested contaminated meat," explained Hernandez.

"I have to clarify something, clenbuterol is a hormone that helps eliminate fat and increase muscle. However, the amount that was found in Canelo was minimal, which means that it's a feeding problem and his team is responsible. We have to remember that this is not the first time [that this has happened to an athlete in Mexico.]

"Take into account that in Mexico almost all of meat is contaminated, so athletes must consume select meat. If anyone is tested, he will come up with detectable levels of clenbuterol [after eating a contaminated meal], and this time it was Canelo's turn and that is why there is so much noise."

[QUOTE=Bjl12;18579064]It's sad, but I agree. Boxing fans are literally like teens or tweens. They take side and defend "their guy" as if they're topping them off later on at night. And they become aggressive and nasty when other boxers inadvertently…

[QUOTE=Elroy The Great;18578959]ill say it again, boxing has the worst fan base of all sports.[/QUOTE] It's sad, but I agree. Boxing fans are literally like teens or tweens. They take side and defend "their guy" as if they're topping them…