One of the bigger stories coming out of the most recent annual convention from by World Boxing Council, is the possibility that the sanctioning body will create an 18th division.

According to World Boxing Council President Mauricio Sulaiman, his organization is exploring the idea of splitting the heavyweight division in two - heavyweight and super heavyweight.

Sulaiman explained that the new weight class would be created above the cruiserweight limit of 200-pounds, but where it would end and where the super heavyweight limit would begin is still very far away from being determined. 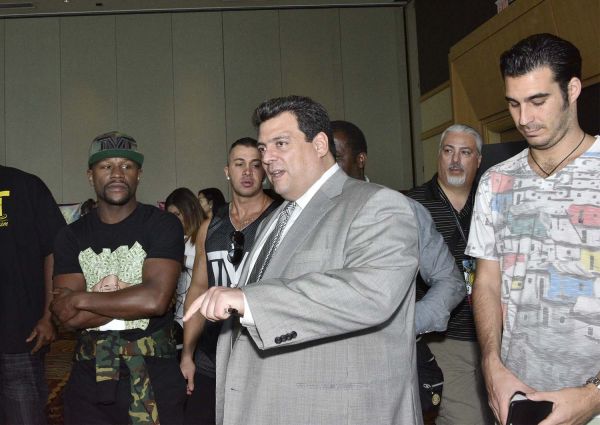 The WBC is in the early stages of exploring the idea, but it's not the first time where someone brought up the idea of creating a super heavyweight division.

The cruiserweight division was created for the same purpose, when it was pitched during the 1970s - to prevent fighters who were over 175-pounds from facing heavyweights. The weight class limit was originally set for 190-pounds and raised a decade or so back to 200-pounds so smaller heavyweights could move down to cruiser - and many did. The WBC was the first sanctioning body to recognize the cruiserweight division.

"We will ask the World Boxing Council's medical team to do a study on the weight of heavyweight fighters. There are some who weigh 210 pounds and there are others that exceed 250 pounds, and that's a world of difference. But we will inquire about how fighters are doing with such a difference of weight," said Sulaimán to ESPN Deportes.

The WBC says the process of exploring this move will last at least six months or more before they make a decision on whether or not they intend to go in that direction. The want to get as much information as possible before presenting this idea to boxing commissions.

Of course bigger is not better. Countless smaller heavyweights, like Chris Byrd, Evander Holyfield, David Haye, Mike Tyson and others were able to find success against much bigger opponents.

[QUOTE=larryxxx.;18119768]how can a sanctioning body create a new division?[/QUOTE] Simples. They make up a name and a weight and offer a strap for it. How do you think Cruiser and SMW began?

[QUOTE=yankees7448;18118846]I am not against it in theory. It might give some guys a shot to win a title that they would otherwise be denied because they just don't have the power to compete. The heavyweights nowadays are huge. Guys are…

how can a sanctioning body create a new division?