The president of the World Boxing Association, Gilberto Mendoza, admits that there is difficulty in reducing the number of titles that his organization sanctions, but also states that credibility in an industry like boxing is not simply given by sanctioning a single title per weight class.

In the last few years, the vast majority of fans have become tired of the countless world champions in every weight class. Most casual fans have found it impossible to distinguish one title from the other - especially when a sanctioning body has more than one champion in a single weight division.

Among the four major sanctioning bodies, the WBA and WBC have become notorious for having multiple champions per weight class. 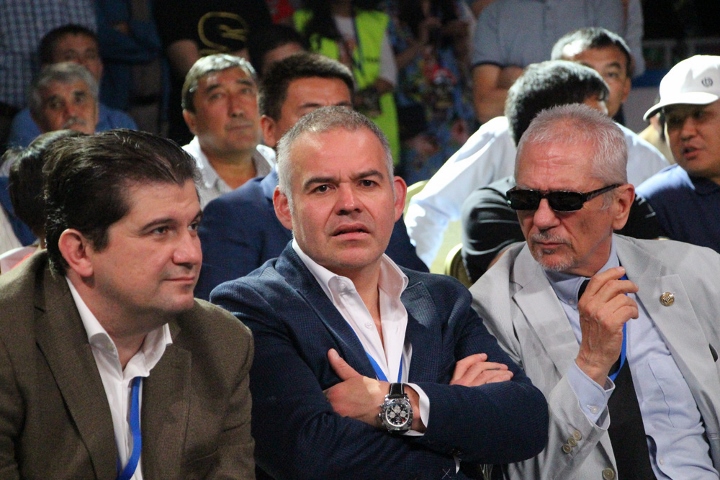 While the criticisms have not stopped against the WBA over their path of having numerous champions per weight class - Mendoza says the incoming requests from promoters to approve various title fights have continued to pour in - with promoters indicating, in their requests, that a title will benefit their fighters and their televised event.

While Mendoza has spoken to rival sanctioning bodies about staging division-wide unification tournaments - the issue that comes up, is that certain promoters and/or champions are not interested in participating.

According to the WBA's rankings, there are 39 champions in 17 divisions, including super champions, regular and interim champions. Only in the welterweight division with Manny Pacquiao and strawweight with Thammanoon Niyomtrong, Knockout CP Freshmart, there is only a single champion. Two champions are recognized in eight divisions and in the other seven there are three champions per weight class.

"We would love to have a balance in terms of titles, but what is the balance that we could we offer?," Mendoza said.

“The ideal thing would be to do a tournament like the World Boxing Super Series does, where we have the best and not just the fighters that a promoter or two offers us."

[QUOTE=techliam;20660705]And they are the only sanctioning body that uses interim championships properly[/QUOTE] Right on... it sucks to see one of the oldest sports in history being destroyed from the inside out.

[QUOTE=Roberto Vasquez;20660680]But there's no financial motivation and boxers will obstruct it too. Look what happened when boxers do unify - they get stripped of a title within a few months. Sometimes straight away[/QUOTE] Well for this specific issue then you…

[QUOTE=juandabomb;20659789]Translation=It's not easy losing all that sanction fee money[/QUOTE] Precisely. He's admitting in the most brazen way this this **** is business, not sport. So damn corrupt at every level.

[QUOTE=Eff Pandas;20660498]Agree. It's super easy to get down to one champion. Create a 4 man tournament with all the WBA title holders & the #1 contender if needed. Within a year you'll have one belt per division outside of any…

[QUOTE=nino brown21;20660233]this is what I've been continuing to say all this time. 39 champions in. 17 divisions WTF!!! honestly the IBF is my favorite belt. it has the best design, actually enforces its rules, and doesn't take extra money to…