IBF featherweight world champion Josh Warrington is scratching his head after finding out that his recent foe, Kid Galahad, is back in position for a final eliminator.

Warrington won a twelve round decision over Galahad back in June, and now the sanctioning body has ordered a final eliminator between Galahad and Claudio Marrero - with purse bids set for this month.

"It’s a bit of a joke,’ Warrington told Metro.co.uk. "I don’t understand how he got moved down to number eight in the rankings and is all of a sudden fighting an eliminator again. He must have complained. Really and truthfully, the guys in and around him aren’t doing much. Why is he all of a sudden there again? He’s not won the eliminator yet…we’ll see what happens.

"But for me, I’ve been there and done it. I didn’t win it in the style I wanted to win it, but I still won the fight. I’ve made my intentions clear. I only want meaningful fights and fight the other big names of the division." 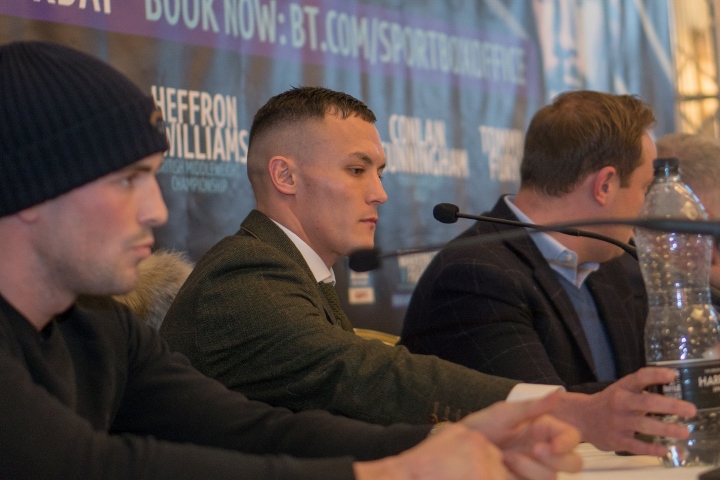 This coming Saturday night, Warrington is back in Leeds with a voluntary defenses against Sofiane Takoucht.

Warrington is hoping to get some of the bigger names in his weight class next year.

"I’ve cleared out the domestic scene. If I could have things my way I would be fighting a world champion," Warrington said.

"Up until I was given the name, I’d not heard too much about him (Takoucht). I’d seen his name in the rankings. I’ve studied him a little bit and I’ve seen he’s very tough. He’s a pressure fighter and is a southpaw. He’s only lost to high level opposition really. He’s never been stopped and got a decent knockout ratio, better than mine actually. People turned down this fight, but he jumped at this opportunity. I imagine he’ll be well up for it."

Maybe this might give Warrington the kick up the arse to start looking for unification's in the USA!

Kid Galahad is the Andre Ward of the the featherweight division in that he fights dirty and his #1 move is the clinch. He made the fight against Warrington boring, uneventful and unmemorable. I never want to see that garbage…

Why would he think it's weird for the guy who just beat him to be given an eliminator? If anything, it should have been an immediate rematch.

I’m a fan of Warrington and have little time for convicted drug cheat Galahad. But... he arguably beat Warrington, I had it 115-113 to Galahad, and regardless of how it was scored it was an extremely close fight. So I…