Walsh-Lowe Rematch is Off, Lowe To Fight on Wilder-Fury Card

The pair had been mooted to face one another on Eddie Hearn’s October 27 card at Copper Box in London but was then confirmed for the Oleksandr Usyk-Tony Bellew undercard next month.

Walsh and Lowe faced off for the Lonsdale belt on the George Groves-Chris Eubank Jr bill in February with the fight ending in a draw after scores of 115-115, 116-114 and 114-115 from judges Michael Alexander, Steve Gray and Marcus McDonnell respectively. 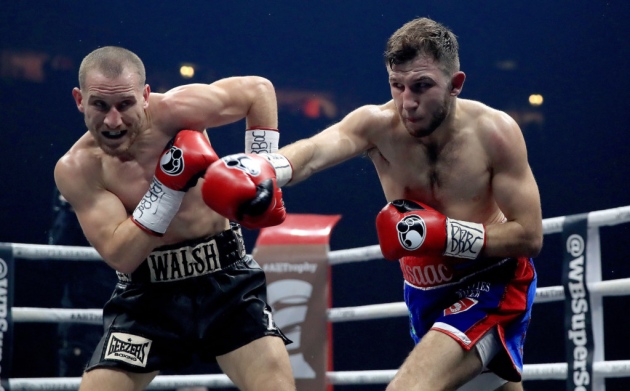 After much clamouring for the fight from Lowe the 24-year-old from Morecambe has seemingly opted instead for a spot on the Deontay Wilder-Tyson Fury undercard on December 1 at Los Angeles’ Staples Center. Fury has been a huge influence on Lowe’s career and is credited with stopping his friend from quitting the sport in the past.

Lowe took to Twitter yesterday and wrote: “I just want to say I’m very sorry to the fans and the Walsh team for pulling out of this fight. I really did want to beat Ryan and put the draw right and get that British belt, but I had a chance to fulfil a lifelong dream to box in America on the world’s biggest heavyweight fight.

More details soon. This is just something I could not turn down. Hopefully I win this fight and it will set me up for some big fights next year and hopefully me and Ryan can get it on again.”

The British champion responded with his own Tweet: “Any featherweights. I have a date, I have a venue, I need an opponent. Contact Matchroom Boxing.”

Walsh won the vacant British title against Samir Mouneimne back in September 2015 with a split decision verdict. The brother to former world title challenger Liam has since defended it against Darren Traynor, James Tennyson, Marco McCullough and Lowe. The 32-year-old from Cromer is desperate for a step up and a move away from British title level. It remains to be seen who he will be facing in the opposite corner in over five weeks’ time.